New details continue to emerge from Judicial Watch’s Freedom of Information Act fight with the National Archives over the release of draft indictments of Hillary Clinton in the Whitewater case. According to the Archives, release of the indictments—drafted by an independent counsel examining the Clintons’ relationship to a corrupt Arkansas S&L and an alleged cover-up—would violate grand jury secrecy and Mrs. Clinton’s personal privacy. FOIA request denied.

Judicial Watch declined to take “no” for an answer, and so off to court we went. The case is now in the hands of a federal judge. 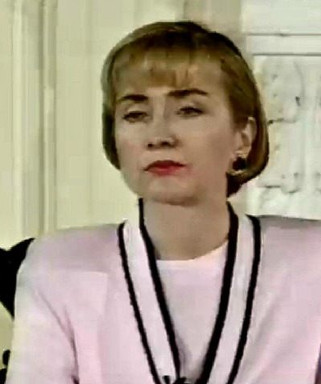 In the National Archives Vaughn Index for the case, we learn that the government is sitting on at least twelve versions of the the draft indictment of Mrs. Clinton, including one “listing overt acts.” From the public record, we know that the Whitewater case centered around whether Mrs. Clinton, while First Lady, lied to federal investigators about her role in the corrupt Arkansas S&L, concealed documents (including material under federal subpoena), and took other steps to cover-up her involvment. Prosecutors ultimately decided not to indict Mrs. Clinton, concluding that they could not win the complicated, largely circumstantial case against such a high-profile figure.

The draft indictments range from three to forty pages—the former likely excerpts or “scraps” from longer documents, the Vaughn Index indicates. Some of the drafts doubtless are copies but many clearly are not. A total of 451 pages of draft indictments are being withheld by the Archives.

The Judicial Watch brief noted that the Archives “fails to identify a single, specific privacy interest Mrs. Clinton still has in the draft indictments” following publication of the independent counsel’s report and “hundreds of pages of grand jury materials, non-grand jury materials, and independent counsel legal theories and analysis that are already in the public domain.”

A typical FOIA privacy claim centers on unwarranted invasions of personal privacy. But in Mrs. Clinton’s case, the brief noted, the Archives “makes no claims that disclosure of the draft indictments will reveal any particular personal, medical or financial information about Mrs. Clinton, much less anything intimate or potentially embarrassing.”

Mrs. Clinton of course is one of the most famous women in the world, a former First Lady, senator and secretary of state, and the Democratic Party’s presumptive nominee for president of the United States. The findings of an investigation into whether Mrs. Clinton told the truth to federal investigators and withheld evidence under subpoena while she was First Lady is clearly matter of public interest as voters weigh her suitability for the highest office in the land.