Trump and the Road to Progressivism

Today, the New York Times reports that long-time Donald Trump advisor Roger Stone expects Trump to campaign to the “left of Hillary Clinton” on a variety of issues.  This of course is not a surprise to anyone who has been paying attention to Conservative Review Editor-in-Chief Mark Levin.  Levin has been warning about the progressive roots of populism for months now on his radio and television programs. The Trump camp has gone so far as to say every position Trump has taken up until now is just a “suggestion.”

It is becoming increasingly clear that Donald Trump is an amorphous populist who will adopt any position needed to gain unfettered access to the Oval Office.

On a range of issues, Mr. Trump seems to be taking a page from the Sanders playbook, expressing a willingness to increase the minimum wage, suggesting that the wealthy may pay higher taxes than under his original proposal, attacking Mrs. Clinton from the left on national security and Wall Street, and making clear that his opposition to free trade will be a centerpiece of his general election campaign.

As Mr. Trump lays the groundwork for his likely showdown with Mrs. Clinton, he is staking out a series of populist positions that could help him woo working-class Democrats in November. But in doing so, he is exacerbating the trepidation some Republicans already feel about his candidacy at a moment when the party typically rallies to its nominee.

The populist persona Trump has crafted for himself is in fact progressive.  Back before the primary season was effectively over, Levin took to the airwaves to explain how the progressive movement sprang from populism. Listen to Levin explain it for yourself.

A look back at Trump’s 30 plus years of public life shows that he has been a lifelong progressive on many issues.  Many of the positions he took this year are not positions he has held for decades. Many were carefully crafted for the primary campaign.   Now that that portion of the campaign is over, he and his team are reminding folks that everything he has said are “just suggestions.”

This means all of his campaign promises up to this point are negotiable, and don’t actually reflect what he would try to do in office. That’s not a pundit saying this; those were Trump’s own words. 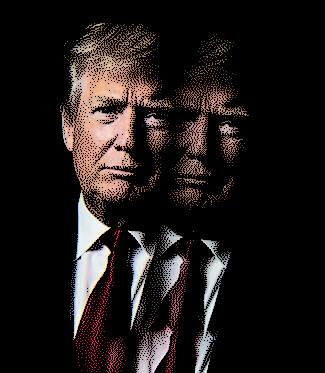 Trump’s longtime adviser, Stone, made it clear to the Times that Trump would take a punitive tone with banks, highly modeled on the progressive attacks from the left:

Roger J. Stone Jr., a longtime adviser to Mr. Trump, said he expected the presumptive Republican nominee to grow aggressive on the banks. ‘Who’s been tougher on bankers than Donald Trump?’ asked Mr. Stone, suggesting Mr. Trump could appeal to some of Mr. Sanders’s supporters. ‘He’s taken them to the cleaners. I think he has a healthy skepticism and deep knowledge of bankers and how they operate. He’s going to be tough on Wall Street.’ Mr. Trump has said that ‘the hedge fund guys are getting away with murder.’

Mr. Stone added that Mr. Trump will also have a built-in layer of defense as he appeals to blue-collar voters, because he will be less vulnerable to traditional Democratic attacks over Republican efforts to rein in entitlement programs. ‘Unlike all these establishment Republicans, he’s been adamant about never touching entitlements,’ Mr. Stone said. ‘You can’t run that play on Donald Trump.’

This is not an abandonment of conservative principles by Trump, in that he never had any to begin with.  It is a shift, by the voters in the Republican Party, away from limited government to statist nationalism—a move that many in the GOP are lining up behind, with no questions asked.  Take for example Newt Gingrich, who stood up for the progressive populist Trump just last week.  Here’s what The Hill reported about Gingrich’s response to Ted Cruz’s non-endorsement of Trump.

‘I mean I just think — I don’t know what Ted was thinking of,’ Gingrich said. ‘To me, it’s pretty clear that this is over. Trump is the nominee. That’s why I disagreed with [Speaker] Paul Ryan [R-Wis.]. I thought that the moment to say, “OK, we have the leader of the team, let’s pull the team together, let’s go beat Hillary,” has arrived.

The Republican power players are all telling conservatives that they have to either get behind Donald Trump or be labeled Clinton enablers.   This is a trap that assumes there are only two options.   It requires conservatives to choose a party over principles.  That is something Newt Gingrich used to fight against.

It is becoming increasingly clear that Donald Trump is an amorphous populist who will adopt any position needed to gain unfettered access to the Oval Office.  He has certainly, by his recent actions, proven Levin right.  Populism is a building block for progressivism, and populists are ultimately progressives.

The author of this piece is stretching it a bit. First off, the higher taxes is for the hedgefund guys that pay virtually no taxes. Secondly, Wall Street is the Left. Thirdly, the crappy war that Hildabeast supported has turned bad mostly due to policies she supported or directly implemented.

I'm not a Trumper, but how is this tacking left of Hildabeast?

The pre-Trump terms for the political spectrum no longer work. He is neither "Left" nor "Right". He is defining a new "Conservative" movement, or possibly is rebuilding the Lost Reagan conservative values.

He is against big banks, hedge funds, overseas corporate inverters and others who want the benefits of American Greatness while paying nothing for it. This is a "Conservative" value.

He is against unfunded foreign wars running up massive deficits. NATO free riders that take American protection and offer nothing back will have to adapt to a new funding balance. This is a "Conservative" value.

He is against so called trade agreements that diminish US sovereignty and benefit multi-national corporations while hurting this country. This is a "Conservative" value.

He wants to reduce legal and eliminate illegal immigration until a US recovery reduces unemployment for Us citizens. When this country does restart legal immigration, he wants to ensure those who come are English speaking Christians who will assimilate to Great American values. This is a "Conservative" value.

This may be the only opportunity we have this generation to escape the faux "corporate" conservative movement of McConnell, Bush, Cruz, and Rubio.

Please support Trump, and this fall:

It's getting less necessary to stop here all the time, to read groan-worthy crap about how The Donald isn't really a "conservative." That label has been made worthless by the faithless corrupt jerks that have already been elected, who immediately went back on their promises.

Our next President will be President Trump. Get used to the idea!