Former Secretary of Defense Leon Panetta would “probably not” believe that President Barack Obama was serious about his promise to take action to stop Iran from building a nuclear bomb if Panetta could make his assessments over again, he conceded in a New York Times Magazine article published on Thursday.

Panetta, who was the director of the CIA from 2009-2011 and then served as defense secretary until 2013, told reporter David Samuels that one of his most important jobs in the Pentagon was preventing Israel from launching a preemptive strike against Iran’s nuclear infrastructure. Prime Minister Benjamin Netanyahu and then-Defense Minister Ehud Barak wanted to know if the president was serious about his commitment to prevent Iran from developing nuclear weapons. 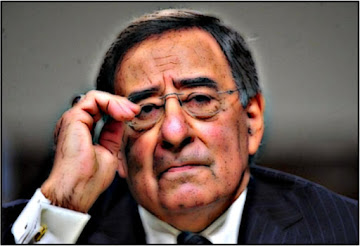 “They were both interested in the answer to the question, ‘Is the president serious?’ ” Panetta recalls. “And you know my view, talking with the president, was: If brought to the point where we had evidence that they’re developing an atomic weapon, I think the president is serious that he is not going to allow that to happen.”

“But would you make that same assessment now?” I ask him.

“Would I make that same assessment now?” he asks. “Probably not.”

Panetta explained that defense and foreign policy veterans like him and then-Secretary of State Hillary Clinton would be asked for policy opinions, only for White House staffers such as Ben Rhodes, the Deputy National Security Adviser for Strategic Communications and the subject of Samuels’ piece, to narrow them down to “to where they thought the president wanted to be.”

They’d say, ‘Well, this is where we want you to come out.’ And I’d say ‘[expletive], that’s not the way it works. We’ll present a plan, and then the president can make a decision.’ I mean, Jesus Christ, it is the president of the United States, you’re making some big decisions here, he ought to be entitled to hear all of those viewpoints and not to be driven down a certain path.”

Rhodes disputed this, saying that the president rejected policy options that he didn’t like was because he didn’t agree with the traditional foreign policy establishment, of which Panetta was a part. But Rhodes did not dispute the process that Panetta described.

Panetta also said that in his capacity as CIA director, he never assessed that there was a meaningful difference between Iranian moderates and hardliners. “There was not much question that the Quds Force and the supreme leader ran that country with a strong arm, and there was not much question that this kind of opposing view could somehow gain any traction,” he said.

Rhodes, the White House’s chief foreign policy communications manager, promoted the narrative that the election of Iranian president Hassan Rouhani presented an opportunity to engage with moderates to limit Iran’s illicit nuclear weapons program. But he admitted to Samuels that “we are not betting” that Rouhani or foreign minister Mohammad Javad Zarif are actually moderates.

Wendy Sherman, who served at the administration’s lead negotiator with Iran, made a similar statement earlier this year in a speech at Duke University, admitting that “there are hardliners in Iran, and then there are hard-hardliners. Rouhani is not a moderate, he is a hardliner.”

So what we're learning is the Dept. of State's viewpoints are Obama's viewpoints. So what else is new?

Obama's mind is like concrete, all mixed up and permanently set. Ben Rhodes was just the filter so that Obama was never intellectually challenged.