By Marc A. Thiessen

Responding to criticism of President Obama’s handling of terrorism, White House press secretary Josh Earnest boasted Thursday of all the setbacks the Islamic State has experienced in recent months, noting that in Iraq “45 percent of the populated area that ISIL previously controlled has been retaken from them. In Syria, that figure is now 20 percent.”

That’s like a patient who ignored a cancer diagnosis bragging that he finally reduced the tumor in his lung — glossing over the fact that he let it spread and metastasize to his other organs. If he had attacked the Islamic State cancer early, Obama could have stopped it from spreading in the first place. But instead, he dismissed the terrorist group as the “JV team” that was “engaged in various local power struggles and disputes” and did not have “the capacity and reach of a bin Laden” and did not pose “a direct threat to us.” He did nothing, while the cancer grew in Syria and then spread in Iraq.

Now the cancer has spread and metastasized across the world. 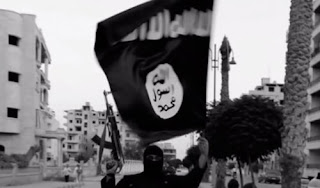 According to a recent CNN analysis, since declaring its caliphate in 2014, the Islamic State has carried out 90 attacks in 21 countries outside of Iraq and Syria that have killed 1,390 people and injured more than 2,000 others. The Islamic State has a presence in more than a dozen countries and has declared “provinces” in Algeria, Libya, Egypt, Nigeria, Saudi Arabia, Yemen, Pakistan and Afghanistan. The Post reported in 2015 that “since the withdrawal of most US and international troops in December, the Islamic State has steadily made inroads in Afghanistan” where it has “poured pepper into the wounds of their enemies . . . seared their hands in vats of boiling oil . . . blindfolded, tortured and blown apart [villagers] with explosives buried underneath them.”

And while the Islamic State spreads and grows, al-Qaeda is making a comeback. Obama is touting the killing of Taliban leader Akhtar Mohammad Mansour as “an important milestone,” but the truth is that the Taliban has made major military gains in Afghanistan — and that has opened the door to al-Qaeda. The Post reported in October that “American airstrikes targeted what was ‘probably the largest’ al-Qaeda training camp found in the 14-year Afghan war.” Sounds good except for one small problem: There were no major al-Qaeda camps in Afghanistan when Obama took office. Now it is once again training terrorists in the land where it trained operatives for the attacks of Sept. 11, 2001.

Al-Qaeda has also regained lost ground in Yemen, the country where it trained and deployed the underwear bomber who nearly blew up a plane bound for Detroit in 2009. And as a recent report from the Institute for the Study of War and the American Enterprise Institute’s Critical Threats Project notes, the “Syrian al Qaeda affiliate Jabhat al Nusra poses one of the most significant long-term threats of any Salafi-jihadi group” and “is much more dangerous to the US than the ISIS model in the long run.”

We’re lying to ourselves if we think that the violence we are witnessing is going to be confined to the Middle East . . . or South Asia . . . or North Africa . . . or Europe. It is only a matter of time before the Islamic State and al-Qaeda bring this violence here to our shores.

Moreover, we face something we have never seen before: two terrorist networks — the Islamic State and al-Qaeda — competing with each other for the hearts of the jihadi faithful and the backing of jihadi financiers. The way to win that competition is to be the first to carry out a catastrophic attack here in the United States.

When it came to terrorist networks, the George W. Bush administration had a mantra: We’re going to fight them over there so that we do not have to face them here at home. Obama abandoned that mantra. And now the danger is getting closer to home with each passing day.