While the liberal media write about white nationalists supporting Donald J. Trump, the Communist Party (CPUSA) has been broadcasting its support for the national Democratic Party and both of its candidates. But for some reason, our media have failed to take notice.

Since 1980, when Ronald Reagan was elected President, the CPUSA—which was then funded by Moscow—has been organizing what it calls an “all-people’s front” against the “extreme right,” and it usually depends on the Democratic Party as its preferred electoral vehicle. John Bachtell, national chair of the Communist Party USA, explains, “This battle has been waged over 35 years through election cycles, in the legislative arena, and in the battle to sway public opinion.” 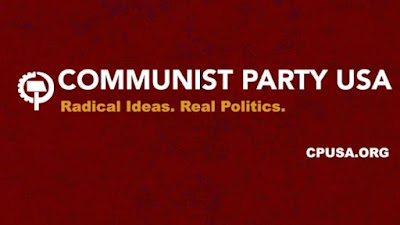 The CPUSA endorsed Barack Obama for president in 2008 and his reelection in 2012. This year, party members are involved in the presidential campaign of Senator Bernie Sanders (I-VT), but are prepared to support former Secretary of State Hillary Clinton if she is the eventual nominee.

While Trump is rightly questioned about support for his campaign from such figures as David Duke, the former KKK leader, the open and admitted involvement of communists in the Democratic Party gets completely ignored by the press.

The CPUSA is based on Marxist doctrine, which calls for the abolition of private property and the overthrow of global capitalism. What is called “Cultural Marxism” seeks to eliminate traditional adherence to Judeo-Christian values and silence those in favor of traditional families and those who recognize male and female differences.

The CPUSA is associated with the International Meeting Of Communist And Workers’ Parties, which represents the international communist movement and includes the Communist Party of Russia. In its contribution to the 2014 meeting, the CPUSA combined elements of traditional Marxism with the cultural version, urging action on behalf of the LGBTQ (lesbian, gay, bisexual, transgender and queer) communities, support for a “democratized and demilitarized U.S. foreign policy,” and protection of the environment “through a massive movement against our domination by the fossil fuel industry…”

In foreign affairs, the CPUSA has also called for the abolition of NATO.

In the current election campaign, the CPUSA is firmly on the side of the Democrats. In a story about the “Super Tuesday” presidential primaries, the party newspaper, the People’s World, announced that while the GOP was pushing “powerlessness,” both Democratic candidates were promoting “empowerment” for the people. This is Marxist jargon for integrating Marxist demands into Democratic Party policies.

Although the liberal media tend to highlight differences between Senator Sanders and Mrs. Clinton, the communists say there is more that unites than divides them.

The Communists dislike Trump because of his “authoritarian” tendencies and criticism of immigrants. However, while the communists claim that Trump “glorifies militarism abroad,” they have not explicitly condemned his foreign policy views, which tend to be on the isolationist side. Trump has been critical of NATO, which began as an anti-Soviet alliance, and is supportive of Russian foreign policy interests in Europe and the Middle East.

More recently, communist writer Larry Rubin expressed the Communist Party view that Sanders and Clinton have to do more to keep workers from defecting to Trump.

Ultimately, Rubin argued that in order to ensure a victory over the Republicans in November, Mrs. Clinton’s campaign should “be ready to inherit the grassroots organizational models and far reaching proposals that have attracted so many working people and millennials to Bernie Sanders’ political revolution,” and that the Sanders campaign should “be ready to unite with the Clinton effort.”

In this way, Marxists of various persuasions could take more important roles in the Clinton for president campaign.

In an interview, “Why America Is Warming To Socialism,” national CPUSA chair John Bachtell mentioned the Sanders appeal and emphasized that “democracy would be at the center” of the growth of socialism in the U.S.

In a separate article, Bachtell warned against Sanders following a third party option in November, and urged communists to continue working through the Democratic Party. While Mrs. Clinton is perceived as “more hawkish on foreign policy,” he said, she “is no neo-con.” The term “neo-con” is often used to disparage advocates of U.S. global engagement and military intervention. “She supports diplomatic efforts like the Iran nuclear deal and the normalization of relations with Cuba,” Bachtell said about Clinton.

Even on domestic issues, Clinton is acceptable to the Marxists because she “is susceptible to pressure from below” from Marxist agitators and their organizations, he said.

He went on to suggest that CPUSA members are currently working inside the Democratic Party by supporting Sanders. The Sanders program, he said, “addresses the needs of the country and is closest to our own. My guess is most of our members support the Sanders campaign.”

Going beyond the Sanders campaign, however, he said the Democratic Party as a whole includes “a substantial current of self-described democratic socialists” and other activists who “exert influence and hold leadership positions at various levels. They still see the Democratic Party as the most viable means to advance their agendas within the party system at this moment.”

As suggested by its endorsements of Obama in 2008 and 2012, the CPUSA has been very pleased with the Obama administration. The communists believe that Obama, who was influenced at an early age by CPUSA figure Frank Marshall Davis, has transformed America into a socialist state through Obamacare and other initiatives, and has changed U.S. foreign policy by establishing relations with anti-American regimes in Cuba and Iran.

Earlier this year, in response to Obama’s State of the Union address, the People’s World praised the first black president for projecting “a bold vision for a more socially and economically just nation while appealing to the hopes of the American people.” The paper said, “President Obama recounted historic achievements of the administration and advanced the challenges with full knowledge of the powerful forces arrayed in opposition.” Those achievements were said to include “creation of millions of new jobs, normalization of relations with Cuba, the Iran nuclear deal and Obamacare and extension of health care to 18 million people.”

Looking ahead, the communists are counting on a “radical restructuring of the economy as advocated by Sen. Bernie Sanders,” and “a new peaceful, non-interventionist foreign policy” that includes “elimination of weapons of mass destruction,” the closing of U.S. military bases, and “radically downsizing the US military.”

Such a plan, of course, would invite more Russian aggression in Europe and the Middle East, and encourage Chinese Communist expansion in Asia and the Pacific.

We eagerly anticipate U.S. media personalities questioning Sanders and Clinton about the support they are receiving from the CPUSA. Of course, any journalist who dares to raise the issue runs the risk of being perceived as a McCarthyite.