First, the Obama administration lied its collective asses off regarding every detail of the Iran nuclear deal, virtually guaranteeing a war or a major terror attack involving the West.

Next, they molded a Gumby-spined media into a propaganda arm of the administration, using payola and low-information journalists to spread their message of horses***.

As a result, in addition to kidnapping U.S. service personnel and humiliating them on global television, Iran has begun aggressively launching missiles in all directions, threatening its neighbors and embarrassing President Mom-pants.

In the 10 months since the Iran nuclear agreement was signed, the Islamic Republic has increased the frequency of its ballistic missile testing, according to researcher Michael Elleman, who testified before a US senatorial committee this week ... investigating the effects of the Joint Comprehensive Plan of Action (JCPOA), the official name for the Iran nuclear deal signed in July 2015. 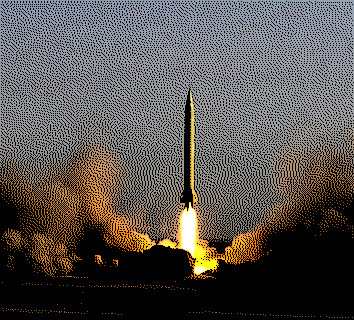 Since then, Iran’s ballistic missile program has become a central issue in the debate surrounding the nuclear deal, with opponents of the agreement saying test launches violate the terms of the JCPOA, while proponents argue missile tests are “inconsistent” with United Nations resolutions but not necessarily illegal.

According to the UN decision, “Iran is called upon not to undertake any activity related to ballistic missiles designed to be capable of delivering nuclear weapons, including launches using such ballistic missile technology,” until October 2023.

As they’re only “called upon not to” test missiles, but not expressly forbidden from doing so, Iran has used that loophole to increase its testing with impunity.

When war comes, and it will, let's all remember to thank Puppet-master Obama, the traitorous Democrat Party, and a complicit media.