Well, President Obama has just returned from an overseas visit, trying to convince Britain and Germany to sign his trade deal and generally butting into European politics in a way many had not expected when President Peace Prize descended from heaven to give the world the new, improved, “Smart Diplomacy.”

The latest international disaster occurred in Great Britain, when the President gave a speech urging the UK to remain in the European Union. Despite warnings from many quarters that such intrusion in the idea of the Brexit – the British Exit – would be less than appreciated, President Stupid went and did it anyway, prompting this reporter to ask the following:

BBC Reporter: Is this any of your business?

That’s from the left, left, left wing BBC, of all people. 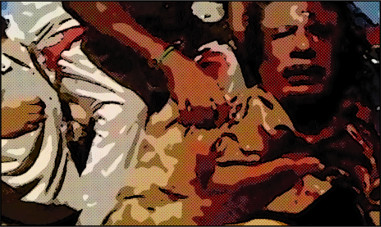 London Mayor Boris Johnson called the President’s remarks “ridiculous” and “weird.” Queen Elizabeth apparently asked him not to make the pro-EU speech that he then went on to make, with President Golf Cart telling Britain that if it left the EU it would move “to the back of the Queue” as far as America was concerned.

Wouldn’t it be nice if all President Smart Diplomacy had done during his administration was destroy the special relationship between the United States and our best friend in the world, a catastrophe that began during his first days in office when he shipped the British gift of a bust of Winston Churchill back before he had unpacked his bags?

Yes, but that would be simply as Disaster. But President Catastrophe has damaged relations with ALL of our European partners who have said quietly, then not so quietly, that they were astounded at his arrogance and naiveté.

Russia gets more aggressive with us every day: they flew attack jets within 25 feet of a US Navy vessel and awaited the STRONGLY WORDED LETTER in reply.

As a matter of fact, when we were first introduced to the miracle of smart diplomacy, former Secretary of State Hillary Clinton presented the Russian Foreign Minister with a gag red button for him to push… a button marked “RESET” but which was mistranslated. When President Failure’s US State Department, on worldwide television, debuted the new Smart Diplomacy, they had one Russian word to translate correctly and they got that one word wrong.

Meanwhile, China is building man-made islands in the South China Sea and warning US and Allied Warships away from their new “territory.”

In Libya, Mummar Khaddafi -- who turned over his nuclear and chemical weapons program the day after US Forces pulled Saddam Hussein from his hiding place -- was overthrown and Libya became such a chaotic bloodbath that US forces found themselves aiding Al Qaeda on the battlefield. After months of begging for additional security, Ambassador Chris Stevens and three other Americans died as Obama and Hillary Clinton watched on TV, ordering the rescue attempt to stand down and then both of them lied to the American people, telling them the Benghazi attack on 9/11 was all the result of a YouTube video.

President Failure backed the overthrow of Pro-American Hosni Mubarak in Eqypt, handing the country to the Muslim Brotherhood. He then stumbled backing over his own Red Line in Syria, allowing the Russians to come to his rescue and, incidentally, achieving major player status in the Middle East overnight, after decades of effective, Non-Smart Diplomacy sidelining.

President Failure could not – or would not – conclude a simple Status of Forces agreement in Iraq, so American troops walked away – they were actually ordered to walk away – from a hard-won victory and allowed the last vestiges of the ravaged and defeated AQI – Al Qaeda in Iraq – to recover enough in the absence of American strength to rename itself ISIS. And now that we have created the Iraq War defeat that President Failure and his Treason Party had promised the American people, we are quietly sending more troops BACK to Iraq. And Syria. And Libya. And Afghanistan… all to try to make up the ground President Failure has not just lost but thrown away.

And of all the things Barack Obama did to damage this country, it’s the one thing he didn’t do that is most heartbreaking: In 2009, the people of Iran rose up against the murderers and fanatics, demanding freedom and democracy. The mullahs teetered on the brink for months. A mere word from the President of the United States would have encouraged them the way President Reagan encouraged Eastern Europe to throw off their communist tyrants. It was the only time during eight catastrophic years that President Obama didn’t have a single thing to say.

So now the sanctions on Iran are lifted. Billions of dollars of funds have been freed for more massacres, and the Iranians have cheated on President Gullible’s treaty before the ink was dry. President Catastrophe has called the Israeli Prime Minister “Chickenshit,” while his and his former secretary of state – currently his likely successor – closest advisors are Iranian. So there’s nothing to deter these Iranian fanatics nuclear ambitions now other than the speed of their centrifuges.

And barking-mad North Korea is reported to have developed a hydrogen bomb and has just launched a ballistic missile from a submarine.

This is Obama and his “Smart Diplomacy,” the Top Secret details of which have been leaked to whomever is curious as the result of the criminal arrogance of Hillary Clinton, former Secretary of State and the Treason Party’s Presidential nominee, who cut and pasted Top Secret and above info onto a server in a bathroom in New York in order to escape Freedom of Information Act requests.

We are going to pay for this. And so are our kids. And so will their kids.

I would suggest that Obama has left an important legacy. He prevented Hillary from becoming president until such time as her brain and body have rotted from within. The question if Hillary wins the nomination is who her VP will be ... because her VP will likely occupy the Oval Office when her brain and body failing cause her to be removed from office.

What difference does it make? Really? How does one calculate the impact such a man has on the Country, on the world if the goal is a new norm? What yardstick is used? Who evaluates what is right and wrong? Maybe it is simply what it is, and any trend (even what we would normally associate with up or down) has no meaning anymore. What standard shall we use and not betray our prejudices or offend anybody?