This week we received Department of State emails showing that, during Hillary Clinton’s tenure as

secretary of state, Laura Pena, a top aide to Clinton, helped push through the political appointment of Bryan Pagliano, a former Hillary for President IT director, to a political position in the IT group at the State Department.

The newly released documents also show the involvement of Patrick Kennedy, under secretary for management, in Pagliano’s hiring. 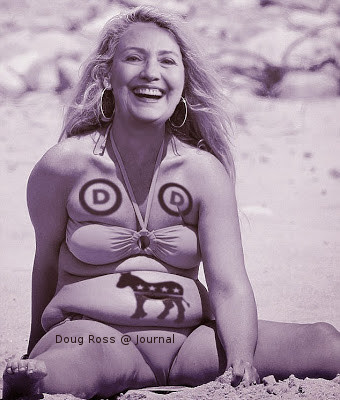 The emails show that others in the State Department International Resource Management (IT division) in which Pagliano would work questioned why a political appointee was being placed in the office. And the emails reveal that a political appointee could not even report directly to a superior in the International Resource Management division, raising further questions among Pagliano’s supervisors.

Before becoming Clinton’s State Department White House liaison, Pena served as the Hillary for President campaign’s Director of Hispanic Outreach and Deputy Director of Women’s Outreach, leaving that position to become the Deputy Political Director of Clinton’s Friends of Hillary PAC. In January 2009, Pena joined Clinton at the State Department where she helped secure Pagliano’s political appointment one month later.

The significance of all this: While at the State Department, Pagliano allegedly provided tech support for Hillary Clinton’s non-State.gov email system.

The new documents were obtained in response to an April 8, 2016, federal court order directing the Department of State to begin delivering materials to Judicial Watch in response to a September 3, 2015 Freedom of Information Act (FOIA) lawsuit (Judicial Watch, Inc. v. U.S. Department of State (No. 1:15-cv-01441)). The lawsuit was filed after State failed to comply with an August 5, 2015 FOIA request seeking the following:

All records concerning the hiring of Bryan Pagliano;

All time sheets, calendars, or similar records of Bryan Pagliano;

All records of travel to/from Chappaqua, NY. Such records include, but are not limited to, expense reports, reimbursement forms, and travel logs;

All records of Bryan Pagliano concerning, regarding, or relating to the maintenance of former Secretary Clinton’s email server. Such records include, but are not limited to, expense reports, reimbursement forms, and maintenance logs; and

All records of communications between Bryan Pagliano and any official, officer, or employee of the Office of the Secretary concerning former Secretary Clinton’s email server.

The emails obtained by Judicial Watch reveal that the political appointment of Pagliano was expedited after Clinton aide Pena sent an initial email to Patrick Kennedy on February 23, 2009:

Please let me know when you are ready to give Brian his assignment at IRM, I’d like to give him a heads up and a better idea of the position.

Susan Swart and Charlie Wisecarver are very interested in him and were calling him to talk.

Will get you a read-out

How did the conversation go and have you reached an agreement?

Pat passed on resume of a young man who ran technology for the Clinton for President campaign. Janice and I met with him on Friday and see the value in bringing him on.

CharlieAccording to a March 25, 2016, article, despite Swart’s and Wisecarver’s compliance in moving through the Pagliano appointment, both were concerned because “Schedule C hires usually work in agencies’ executive offices, not in technical areas like an IT department.”

According to a March 25, 2016, Reuters article, despite Swart’s and Wisecarver’s compliance in moving through the Pagliano appointment, both were concerned because “Schedule C hires usually work in agencies’ executive offices, not in technical areas like an IT department.”

Reuters reported that a letter from Sen. Charles Grassley (R-IA) to Under Secretary of State for Management Patrick Kennedy in mid-March addressed those concerns. And the emails obtained by Judicial Watch revealed the extent of Swart’s and Wisecarver’s misgivings about the political nature of the Pagliano appointment:

Charlie, As a Schedule C, Bryan must report to a PAS [Presidential Appointee requiring Senate confirmation], and since Ms. Swart is not a PAS, the PD should identify U/S Kennedy as the supervisor.

Your not a PAS! What is a PAS? Is this a reference for a confirmed A/S?

I don’t know what a pas is. PFK [Patrick F. Kennedy] specifically said we didn’t need to be pol apptees but it sure sounds like we do. I am going to ask him. What a bunch a

These documents show that politics played a role in Clinton email witness Brian Pagliano’s hiring at the State Department. Why place a political appointee in the IT department of the State Department? It is no coincidence that this same controversial political hire helped Hillary Clinton with her illicit email system.

Meantime, we have learned that the State Department supposedly can’t find the main compute file containing Pagliano’s State Department’s email records. According to Politico, the Obama State Department thinks we should be satisfied that some of his emails ended up in other employees’ files.

This game is not surprising. The State Department first gave only a few Pagliano documents, but we pushed back at the agency because the public record showed there were more documents. Sure enough, that led to this latest batch of records that were only found because we wouldn’t be fooled by the Obama gang.

We expect more records soon, and Mr. Pagliano’s testimony to Judicial Watch attorneys should happen over the next few weeks.

In the meantime, here, via Fox News, is a good summary of Clinton email developments featuring Judicial Watch.