Environmental Protection Agency (EPA) officials have accumulated at least $6.3 billion in more than 1,300 obscure spending accounts akin to slush funds that are essentially beyond congressional, media and public scrutiny.

The accounts – which were created through EPA’s Superfund program – are not technically secret because the agency officially acknowledges their existence. But getting concrete details about deposits and expenditures is extremely difficult.

The EPA deposited more than $6.3 billion into an estimated 1,308 special accounts between 1990 and 2015, according to the agency’s website, and has spent more than half of the total. The agency doesn’t publicly report individual special account balances or expenses.

The “special accounts” are financed by legal settlements between the agency and parties responsible for polluting Superfund sites. Funds are deposited and spent without prior congressional approval. 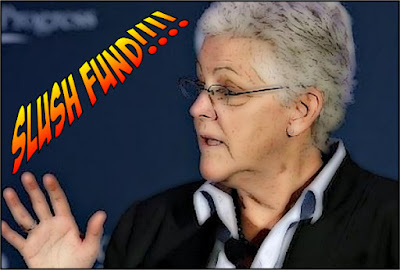 “This is the very definition of an out-of-control agency, if they can raise their own money and not have to go to Congress to have it appropriated,” Myron Ebell, director of the Competitive Enterprise Institute’s Center for Energy and Environment told TheDCNF.

An EPA spokeswoman told TheDCNF the agency manages the accounts “in accordance with the law, congressional intent, and EPA policy and guidance.”

But those reviews are neither regular nor recent.

Two years before the IG comment, the Center for Public Integrity reported reported that “there are hundreds of these accounts, and the EPA doesn’t need congressional approval to spend the money in them, unlike the Superfund trust fund.” The CPI has not returned to the special accounts in the years since.

That disclosure is limited in scope and is buried in the document.

Special accounts are necessary to ensure settlement money is only spent on the site a funding party polluted, Mark Schneider, a partner with Perkins Coie who has practiced environmental law for 25 years, told TheDCNF. He also noted that an interested party would need to file a Freedom of Information Act request for additional details. (RELATED: EPA Will Take 100 Years To Fulfill Conservative Group’s FOIA Request)

The accounts also diminish money from a Superfund trust fund financed by congressional appropriations and reserved for orphan sites – places where polluters either can’t be found or can’t pay.

The EPA often begins spending trust fund dollars on Superfund sites, before securing funds from the responsible polluters. But the agency will deposit all settlement money into a special account instead of first reimbursing the trust fund.

That means trust fund money EPA doesn’t immediately replace is unavailable for its congressionally approved purpose of cleaning orphan sites. The EPA keeps such funds in special accounts for years, or sometimes decades, according to the IG.

The process also decreases the trust fund’s end-of-year balance, which could be used to request more congressional funding.

Nearly $28 million, however, was eventually transferred from special accounts to the trust fund, which would ultimately face Congress, according to EPA data. Yet that money came from private parties who were paying to cleanup their own pollution and doesn’t necessarily reflect trust fund reimbursements.

“Increases in de-obligations reflect maturity of the superfund program,” the EPA spokeswoman told TheDCNF. “Factors such as completion of construction projects and enforcement settlements have allowed the agency to appropriately de-obligate funds so they can be used on other projects.”

“The polluter-pays policy is a long-standing policy for EPA and has no relationship with the lapse of Superfund taxing authority,” she said.

An estimated 80 percent of EPA’s enforcement actions ended in settlements through 2007, according to a 2009 Government Accountability Office report, and lawsuits decreased by nearly 50 percent.

“Some attorneys said their clients tend to settle with EPA because responsible parties are unlikely to succeed in avoiding liability in litigation against the federal government,” the report said.

Overall, the Superfund’s performance record is debatable. The EPA claims cleanup construction has been completed at nearly 1,200 sites and that 752 sites are ready for new uses.

But less than one-quarter of all superfund sites have been completely cleaned over the program’s 35-year history, and dangerous substances that endanger humans could remain at as many as 319 sites, TheDCNF previously reported. (RELATED: Fed Superfund Gets Billions To Clean Up Pollution — Doesn’t Actually Do Much At All)

All these executive agencies are unconstitutional. They write regulations with the force of law that cost business and tax payers hundreds of millions. And since the heads of these agencies are appointed instead of elected they are the definition of taxation without representation.

Call your Congressmen and Senators and demand the restoration of our Constitutional Republic!

OK. Then no one will mind when Trump calls up the Texas Rangers, rounds up a million man Posse, and gets to work..