ISLAMIC REFUGEES: It's not assimilation, it's infiltration

Let us first, dispense with the pretense.

Every notion we in the West have adopted in terms of dealing with Muslims, both individually and collectively, is wrong.

It is a policy based more on political correctness than on rational analysis, more on a misunderstanding of culture than religion.

The term "Islamophobia" was invented and promoted in the early 1990s by the International Institute for Islamic Thought, a front group of the Muslim Brotherhood. It was designed as a weapon to advance a totalitarian cause by stigmatizing critics and silencing them, similar to the tactics used by the political left, when they hurl the accusations of "racist," "sexist," "homophobe" and "hate-speech." 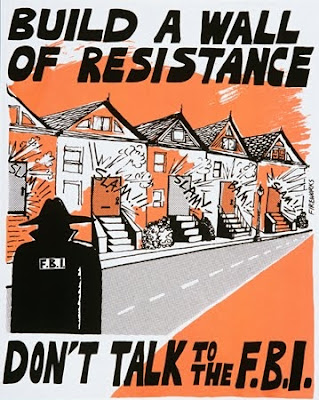 It became the role of Islamist lobby organizations like the Council on American-Islamic Relations (CAIR) to depict themselves as civil-rights groups speaking out on behalf of a Muslim American population that was allegedly besieged by outsiders who harbored an illogical, unfounded fear of them and regularly accusing the American people, American institutions, law-enforcement authorities, and the U.S. government of harboring a deep and potentially violent prejudice against Muslims. Of course, FBI data on hate crimes show that such allegations are nonsense.

Contrary to the propaganda, Islamophobia is not what Muslims feel, but what radical Muslims hope to instill politically and culturally in non-Muslims cultures, that is, intimidation and fear. Thereby, they can, not only further their goal of a global Caliphate, but gain a type of "respect" to which they would otherwise not be entitled based on an absence of convincing arguments or constructive contributions to society.

For example, Muslim culture has a very different view of anger. In Western culture, expressions of anger and threats are probably the quickest way to lose face leading to a feeling of shame and a loss of social status. In Muslim culture, aggressive behaviors, especially threats, are generally seen to be accepted, and even expected as a way of handling conflicts.

In the context of foreign policy, peaceful approaches such as demonstrations of compassion, compromise and common sense are seen by Muslim leaders as cowardice and a weakness to be exploited. In that respect, anger and violence are not reasons to begin negotiations, but are integral components of the negotiation process itself.

According to Sennels, there is another important psychological difference between Muslim and Western cultures called the "locus of control," whether people experience life influenced by either internal or external factors.

Westerners feel that their lives are mainly influenced by inner forces, our ways of handling our emotions, our ways of thinking, our ways of relating to people around us, our motivations, and our way of communicating; factors that determine if we feel good and self-confident or not.

In Muslim culture, however, inner factors are replaced by external rules, traditions and laws for human behavior. They have powerful Muslim clerics who set the directions for their community, dictate political views, and provide rules for virtually all aspects of life.

The locus of control is central to the individual's understanding of freedom and responsibility. When Westerners have problems, we most often look inward and ask "What did I do wrong?" and "What can I do to change the situation?" Muslims look outward for sources to blame asking: "Who did this to me?" Sennels noted that a standard answer from violent Muslims is often: "It is his own fault that I beat him up (or raped her). He (or she) provoked me."

As a result, Muslim culture offers a formula for perpetual victimhood.

With a decrease in feelings of personal responsibility, there is a greater tendency to demand that the surroundings adapt to Muslim wishes and desires, infiltrating rather than to assimilating into a Western culture.

All of this does not bode well for the logic of any proposal to increase Muslim immigration into non-Muslim cultures or the success of any foreign policy involving Muslim nations by applying current Islamophobia-based misconceptions.

"We should not permit the destruction of our cities by lawless parallel societies, with groups of roaming criminal Muslims overloading of our welfare system and the growing justified fear that non-Muslims have of violence. The consequences should be so strict that it would be preferable for any anti-social Muslim to go back to a Muslim country, where they can understand, and can be understood by their own culture.

It is not Islamophobia from which the West suffers, but Islamonausea, a natural reaction to something culturally abnormal.

.
If you want to understand how badly Islam US destroying formerly Christian Europe be sure to read these blogs:

Sorry these are not live links, please copy and paste the URL's. Or, check out Doug's official links to the right. One or both of these are over there ----------->

Vote TRUMP to save this Christian country for its Christian Citizens!
.

The above should read "Islam is destroying" not "Islam US destroying".