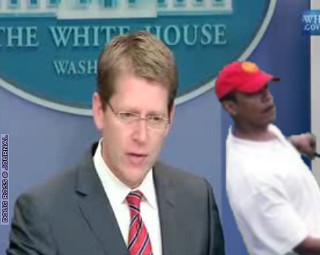 The Obama administration's diplomatic acrobatics over Syria of the past three weeks prove that the president and his team are in way over their heads, amateurs in the deadly game of war and peace. (One wonders if Valerie Jarrett is making the key decisions in this instance, as in so many others.)

Lurching from self-imposed trap (the "red line" statement) to self-inflicted crisis (the need for congressional approval), the administration erodes the credibility of the U.S. government and increases the dangers facing Americans. Enemies of the United States, its allies, and modern civilization itself will take succor in this ignominious performance and grow in strength.

That Obama seems driven to defend his own honor and credibility, regardless of cost, makes this episode particularly troublesome. A great country finds itself held hostage to the ego of a small man.

In short, Americans are finally starting to see the consequences of electing and re-electing arguably the worst politician in modern times to inhabit the White House, consequences that will only become more apparent in the years ahead.

Or, look at the results. Is it likely that zer0 has done these things to a) aid his brotherhood and b) to create exactly the dynamic we see. He wanted all Countries on a level playing field and he has successfully reduced America. now look at the gains of Russia, China, the Norks and every other Country that sought to screw us.
I think it is possible that he has us exactly where he wants us but his Fatal Mistake is the same mistake every other Country has made regarding us to this point, and that is the indomitable spirit of the American people and the grace of their God. If they terminate Barry's employment and that of the dRATS we may see a little light.

Pipes is calling Obama a 'man?'

Pipes is calling Obama a 'man?'