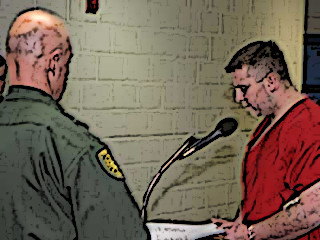 One would think that Colorado, the site of the tragedies at Columbine and the Aurora movie theater, the purple state where President Obama accepted his first nomination amidst faux Greek columns, would be the least receptive of states for the arguments of Second Amendment defenders.

Colorado state Senate President John Morse and Sen. Angela Giron found out differently on Tuesday as they were ousted by gun rights advocates in a recall election.

Colorado voters were persuaded that the perils of an unarmed citizenry and the spread of gun-free zones place the public in greater peril at the hands of the unhinged and criminal predators in their midst, and perhaps perceived the common thread in such tragedies — the absence of people willing and able to shoot back.

The National Rifle Association, which donated about $360,000 to support the recalls, in particular hailed Morse's loss, telling the Denver Post it "is proud to have stood with the men and women in Colorado who sent a clear message that their Second Amendment rights are not for sale."

Some would suggest this just demonstrates the power of the gun lobby, but Sen. Lois Tochtrop, an Adams County Democrat and longtime Second Amendment activist, thinks it's just a natural reaction to an overreach by Democrats in messing with gun rights.

Tochtrop feels the recall election was a reaction to seven gun-control measures introduced in the session, including a proposal by Morse. His law would have assigned liability for assault-style weapon damages to manufacturers and sellers.

Morse killed it at the 11th hour because he didn't have the votes to pass it through the Democratic-controlled Senate.

"I feel like all these gun bills have done — to quote the last words in the movie 'Tora! Tora! Tora!' — is to awaken a sleeping giant," Tochtrop said during the debate.

The Colorado legislature was recently the forum for a debate on legislation calling for a ban on concealed-carry on campus — even though such bans elsewhere, such as Virginia Tech, turned those campuses into free-fire zones.

It was at these hearings on the bill that rape victim Amanda Collins testified and was lectured and belittled by condescending Democratic legislators.

Collins was raped at gunpoint in a University of Nevada-Reno parking garage in October 2007. Nevada law prohibited her from carrying a gun on the campus, but her attacker had one.

She was raped 50 feet away from the campus police department office. Her attacker was James Biela, a serial rapist who also raped two other women and murdered another.

He attacked her at gunpoint in a gun-free zone. At the time of the attack, Collins had a concealed weapons permit, but not her firearm, due to university policies prohibiting carrying concealed weapons on campus.

Just such a gun-free zone policy is why the Aurora, Colo., shooter carefully chose the theater he did. And unlike the mall in Clackamass, Ore., where a concealed-carry holder prevented a massacre, there was no one in Aurora to shoot back.

Amanda Collins knew, and as she ended her compelling testimony, she asked the committee, "How does rendering me defenseless protect you against a violent crime?" Colorado voters asked that same question on Tuesday.

We have the power. The 'silent majority' seems to forget it -- and seems too willing to piss away their freedom.