Mark Levin responds to Charles Krauthammer: How is it that he missed three separate Reagan Revolutions?

MARK LEVIN: Part of what I was responding to was Tucker Carlson and Charles Krauthammer, you know, having giggles over Cruz being Canadian. Which is what the liberals bring up. Oh, the Canadian Ted Cruz. So, I thought that was pretty low.

KRAUTHAMMER: I stand exposed as the longest mole of liberals and Democrats in the conservative movement in the history of the republic. Alger Hiss is a piker beside me. 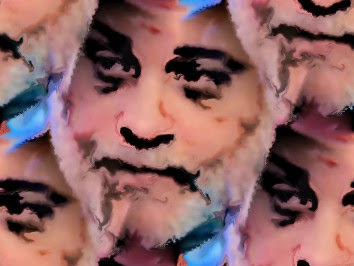 LEVIN: That’s all very funny, but my point is this -- Ronald Reagan ran for president of the United States three times and Krauthammer didn’t support him once. Excuse me, ran for president twice, but ran in the Republican primary three times. Ran in the Republican primary three times. I guess technically the last time is four times, but competitively three times. He was elected twice. He was a great conservative, a statesman. And somehow, Krauthammer, who wasn’t a child, was writing speeches or something for Walter Mondale.

Again, I don't have a problem with the fact that people change. That isn't even my point, but to take a shot at Cruz because -- Oh, the Canadian Ted Cruz, as they were giggling the other day. And not only that, they're not the font of all wisdom about the conservative movement. They missed the most important aspect of the conservative movement in modern history -- it was right in front of them and they missed it, which is exactly why they are missing Ted Cruz. They miss it.

The problem, however, is that he and so many like him -- George Will, for instance -- live inside a cloistered Beltway cocoon where it would seem they can no longer distinguish right from wrong nor politics from principle.

I too like Charles Krauthammer. The problem that he and the establishment Republicans have is if their "only" goal is to be reelected then they are absolutely correct that they should do nothing and let Obamacare pass and the Americans will suffer, some even die and then we will vote them all back into office with a majority. But WHY!? There job is to work for us to protect us from something as bad as this. If there only game plan is to make sure it hurts so bad we would prefer the do nothing party over the tax and spend party then why should we vote for them? personally I would far prefer to be stabbed in the back by the Democrats then by the Republicans I voted for to protect me from them. I am so tired of two faced McCain and his ilk. All they care about is their next term and the opportunity to distribute and share in the spoils of big government. Throw them out. We need statesmen not politicians.

Gee, am I the only conservative that doesn't like Krauthammer?

BTW:
Idon't have a very high regard for George Wiil either - 2nd Anonymous.

When it comes to internal Republican disputes, whether it be a primary or infighting like what is happening now in the Senate, Dr K has a near perfect record on supporting the most "moderate" position.