Kudos to ABC's Jonathan Karl for pointing out the utter hypocrisy of the White House position on the debt ceiling, i.e., we refuse to negotiate, so it's you who's being unreasonable. 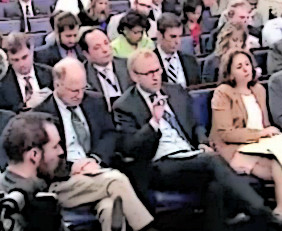 ABC's Jon Karl: The president's position is: he will not negotiate over the debt ceiling --

ABC's Jon Karl: How is that tenable? The White House is willing to risk default?

ABC's Jon Karl: You're saying you won't even negotiate with Republicans on this issue! How is that tenable?

And this exchange simply reinforces the idiocy of the nincompoop class of political commentators: yes, I'm looking at you, David Brooks and you, Colin Powell.

Brooks, of course, is the faux conservative employed by the failing periodical known as the New York Times. Brooks makes a living slamming principled conservatives like Ted Cruz:

[Cruz is] a media-protest person. And a lot of the House Republicans are in the same mode. They’re not normal members of Congress. They’re not legislators. They want to stop things. And so they’re just being — they just want to obstruct.

They just want to obstruct? 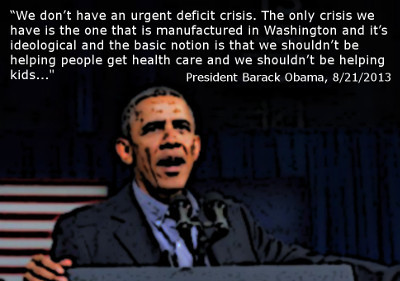 Hey, schmuck: we have a president who refuses to negotiate any aspect of the federal budget, even as his own Government Accountability Office, Office of Management and Budget, Congressional Research Service, and the trustees of Medicare and Social Security all warn that the system is collapsing.

That the debts are unsustainable.

That we risk economic collapse.

This is his own government, yet he refuses to negotiate cutting a single penny from the massive waste and fraud in the federal government.

And you dare to attack Ted Cruz?

David Brooks, you're a freaking disgrace. Take a page from men like Jon Karl, who has demonstrated more intellectual honesty in a single sentence than you've shown us in decades.

You are truly a pathetic, disgusting little man.

Good rant and right on target!!!

Nonsensical assertion by Karl, akin to a kidnapper who holds a gun to the abductee's head while making random demands, defiantly proclaiming that any harm done to the victim will be the fault of the family members who don't comply with his ultimatums.