I'm so confused. I thought all of humankind's reckless breathing -- you know, exhaling all of that poisonous, toxic CO2 -- was supposed to cause global warming. Instead, it looks like we're heading for another Ice Age:

A chilly Arctic summer has left nearly a million more square miles of ocean covered with ice than at the same time last year – an increase of 60 per cent. 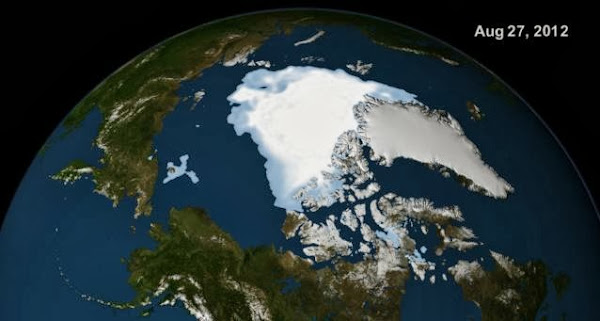 The rebound from 2012’s record low comes [just] six years after the BBC reported that global warming would leave the Arctic ice-free in summer by 2013. 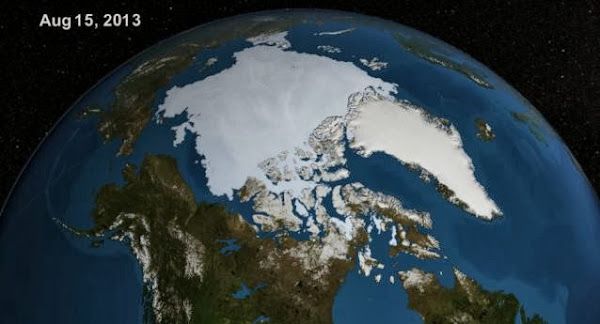 ...Some eminent scientists now believe the world is heading for a period of cooling that will not end until the middle of this century – a process that would expose computer forecasts of imminent catastrophic warming as dangerously misleading...

The fraud is becoming more and more obvious. The Associated Press obtained emails that prove the entire global warming religious order is in disarray:

Scientists working on a landmark U.N. report on climate change are struggling to explain why global warming appears to have slowed down in the past 15 years even though greenhouse gas emissions keep rising.

Leaked documents obtained by The Associated Press show there are deep concerns among governments over how to address the issue ahead of next week's meeting of the Intergovernmental Panel on Climate Change.

Policy makers appear to be lobbying the IPCC (the UN body working on the report) to do whatever it takes to make the lack of a warming trend disappear.

The science is settled, you see. Just ignore the growing ice caps, the chilly summers, and the hubris required to believe that man can impact the climate more than the sun, volcanoes and dust storms.

Just ignore all that. The masterminds have a Soviet-style industrial policy in mind, you see, and no power on Earth can stop them. Not facts, not logic, not reason. Not history, not experience, not common sense.

The central planners seek power, money and -- most of all -- control. And they will not be dissuaded unless we the people stand up in 2014 and crush them at the ballot box. It's not too late. Yet.

Tsk, tsk... even with scientists intentionally spiking the data, governments and the United Nations trying to suppress reports showing global warming has slowed down, Al Gore once again doing his best "Chicken Little" you're STILL not convinced that global warming is real?

After all, the NY Times reports that we shouldn't get our hopes up about this dramatic increase in sea ice:

Frankly, I'm surprised they didn't report the Earth might become uninhabitable sometime between 1.75 and 3.25 billion years or so:

Gotta act now! I mean, think of the children, little animals, and such like that there. ;-)