Not unexpected, but surprisingly lame. Everyone knows a man whose starting negotiating position is that he will not negotiate is responsible not only for any shutdown that occurs but also perpetuating a dysfunctional government.

• The Washington Bezos-Post: "House pushes U.S. to the edge of a shutdown" 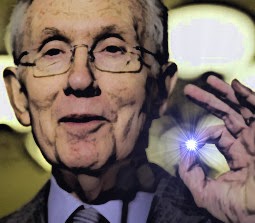 The House holds the power of the purse. It is their Constitutional duty to pass responsible spending bills.

It is Obama and the Democrats who ignore all Constitutional checks and balances.

They will not negotiate with the House. They won't discuss even a single penny.

What does it say about a president who states quite explicitly that he will negotiate with terrorists, mass-murders and despots -- but not Republicans?

The radical extremists leading the Democrat Party -- men and women who refuse to negotiate -- are responsible for any shutdown that occurs.

WHAT?
Media BIAS?
I can't believe it!
-
(They are so arrogant now -
Don't they listen to other reports?)

The term 'media bias' is so much of an understatement, as to be worthless to use, because it implies the media leans toward the left in the news it presents, but operates otherwise as news gathering organizations.

The accurate term is 'media corruption.'

Using anything less enables them.

The lap dogs are doing their best to put the blame on the conservative American. The mindless robots refuse to accept the fact that the blame solely lies on judasbama, the demorats, and the rinos of the senate.