Some of these pictures really got to me. 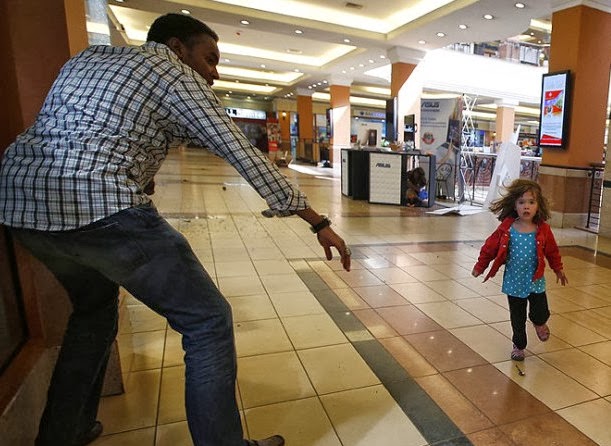 It's said the attackers warned Muslims to leave before launching the attack on innocents shopping in the mall: Witnesses say the gunmen asked victims they had cornered if they were Muslim: If the answer was yes, several witnesses said, those people were free to go. The non-Muslims were [shot]. 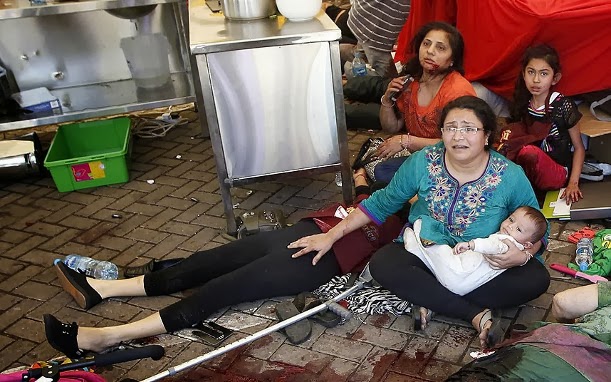 39 Islamophobes are dead and 150 wounded. 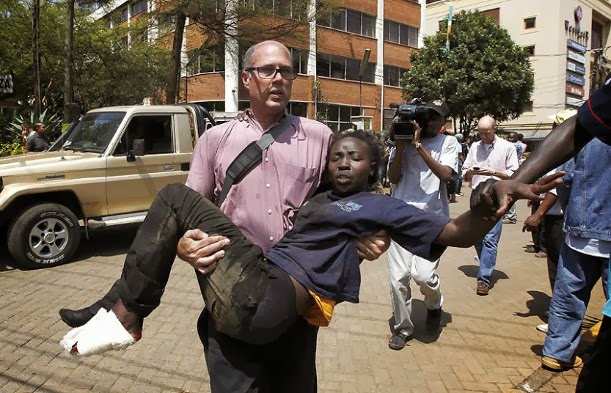 AP reporter Jason Straziuso had good friends in the mall at the time of the shooting. His tale is a harrowing one.

Had they not suffered from "Islamophobia" before, I wonder if the affected families do so now.

at 6:48 PM
Email ThisBlogThis!Share to TwitterShare to FacebookShare to Pinterest
Labels: extremism, War