RESTON, VA – According to an analysis from the Media Research Center, Lois Lerner – the disgraced official at the center of the IRS’s devastating Tea Party targeting scandal – retired yesterday without a whimper from ABC, CBS, or NBC on either their morning or evening news programs. Neither her announcement, nor her reported $50,000+ taxpayer-funded pension, received one single second of coverage. Lerner had been on paid leave since May. 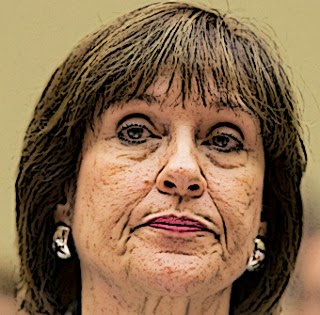 According to the MRC’s ongoing analysis of the media’s IRS scandal censorship, it’s been a whopping 90 days since ABC last mentioned the story on either their morning or evening news programs, 89 days since NBC mentioned it, and 61 days at CBS.

Hat tip: BadBlue News. Related: How much do you need for retirement?

A senior-level US Government official should have a retirement pension of much more that 50 grand per year. Probably closer to 100 to 120 grand per year. I was nowhere near to being a senior level government employee and I make over 65 grand per year in my pension. It all depends on how many years of government service you have when you retire because it is figured on a percentage of a three-year average of your last highest salaries.