The Beltway Establishment ain't happy with Ted Cruz and Mike Lee. Chris Wallace, during his "Power Panel" segment, mentioned that disgruntled Republican insiders had actually fed him opposition research in an underhanded attempt to preserve the Obamacare status quo. 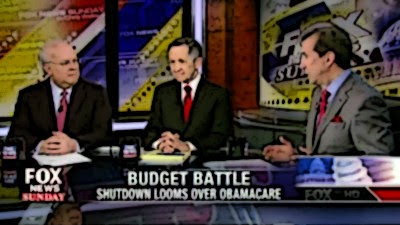 Rove, as usual, is full of it.

He and the rest of the old bulls don't like anyone else in the spotlight, especially those with whom they disagree.

No. No. And no. John Boehner in the House and Mitch McConnell in the Senate did everything in their power to intimidate conservatives and put them on a leash. They ignored their concerns and avoided every real fight over spending and the debt ceiling. Even worse, they made sure that not a single conservative was given a key position, in spite of their popularity.

In fact, Boehner and Senate Minority Leader Mitch McConnell have done everything in their power to disenfranchise conservatives; their mouthpieces including Rove and the RNC suppressed turnout by attacking primary winners like Sharron Angle, Richard Mourdock, and Christine O'Donnell.

Not only has Rove been a loser since 2006, but he also despises not calling the shots for the GOP. Now, Karl: with your horrific track record, why would anyone with an IQ above that of an amoeba consult you? 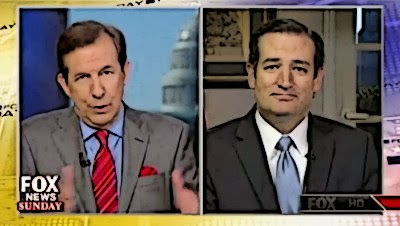 For two years, you, Boehner and McConnell did nothing -- nothing -- to fight Barack Obama's agenda.

House leadership has done nothing serious to investigate the outrageous scandals plaguing this administration. They refuse to name a Select Investigative Committee on Benghazi; they refuse to demand a Special Prosecutor for IRS-Gate; and heaven knows what they're doing about the illegal wiretaps of reporters or the illicit activities of the NSA.

In 2012, with Rove spending more time and energy attacking conservatives than a horrific Democrat candidate in Barack Obama, he managed to turn off millions of conservatives.

Let me say this in terms even he can understand: Karl Rove lost the election for Mitt Romney.

Rove and other "architects" disenfranchised and demoralized the conservative base.

Karl Rove blew $400 million on losing candidates in 2012, according to Donald Trump. He ignored digital outreach. He ignored and/or pissed off the grassroots. And he's the same man who gave us Speaker Nancy Pelosi in 2006 and Barack Obama in 2008, for heaven's sake!

And which Republicans are secretly attacking Ted Cruz?

So which Republicans have been feeding Chris Wallace opposition research on Ted Cruz?

Conservative stalwarts Mark Levin and Sarah Palin have both called on Chris Wallace to disclose the source of these outrageous attacks.

Gee, it's so hard to figure out:

Not only are the same-sex Senators McCain and Graham big-government neo-Statists, they hate sharing the media spotlight with others.

You guys know "the Oklahoma Drill" in football? That's where a defender has to fight off a blocker and try and stop a rusher in a very contained space, all by himself.

I'd love to see the same drill with McCain and Chuck Schumer on opposite sides fighting one-on-one to get the attention of a cameraman. These lifetime politicians are absolutely useless. If they had to get a job in the private sector, my guess is their highest level of achievement would revolve around the phrase: "Can I super-size that for you, ma'am?"

We've had enough of these losers. It's time to win, fellas, so get the hell out of the way and let the adults call the shots. Your time is over.

We, the residents of SC do hereby apologize (again) for Nancy-Boy Lindsay (Lohan) Grahamnesty.