WHAT DIFFERENCE DOES IT MAKE? One Year Later, the Families of the Benghazi Dead and Wounded Want Answers


Scandal: As cruise missiles are readied to aid Syria's al-Qaida-linked rebels, the president has yet to keep a promise to avenge the Benghazi dead and bring the killers to justice. 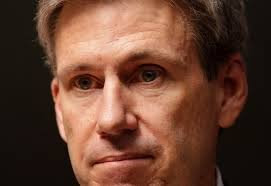 A year has passed since Ambassador Christopher Stevens, Glen Doherty, Sean Smith and Ty Woods were murdered in a Sept. 11 terrorist attack on our diplomatic mission in Benghazi, Libya.

A month later, Obama said of the attack that "my biggest priority now is bringing those folks to justice, and I think the American people have seen that's a commitment I'll always keep."

That depends on what he means by "bringing them to justice." It's not like we don't know who they are or we have failed to finger the suspects. As an Associated Press report detailed in May:

"The U.S. has identified five men who might be responsible for the attack on the diplomatic mission in Benghazi, Libya, last year, and has enough evidence to justify seizing them by military force as suspected terrorists, officials say. But there isn't enough proof to try them in a U.S. civilian court as the Obama administration prefers."

So we essentially do nothing while the FBI "continues to investigate." The status of that investigation came up over the weekend as "Fox News Sunday" host Chris Wallace invoked the approaching first anniversary of the attack and asked White House Chief of Staff Denis McDonough why the perpetrators hadn't been brought to justice.

Wallace was especially interested in why the U.S. had not brought in Ahmed abu Khattala, who has been charged with the crime but not arrested, despite having given interviews to several news outlets.

"Why is it that reporters seem to be able to find this guy, who the government is charging with involvement in Benghazi, but law enforcement can't find him?" Wallace asked. "It's been a year, sir."

"The United States government does what it says, and we will do what we say in this instance, as we do in every other instance," McDonough said as he tap-danced in response to Wallace's repeated queries as to why the AP can find him, the New York Times can find him, but the U.S. government can't. 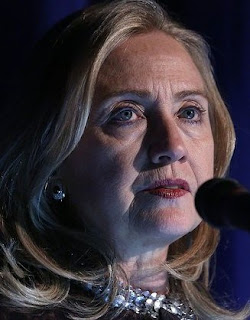 At an Aug. 9 press conference, Fox News correspondent Ed Henry reminded the president of his words last year about getting the Benghazi perpetrators. "Eleven months later, where are they, sir?" Henry asked in a question that did not sit well with the commander in chief.

"I also said that we'd get bin Laden, and I didn't get him in 11 months," was Obama's testy response. "So we have informed, I think, the public that there is a sealed indictment. It's sealed for a reason, but we are intent on capturing those who carried out this attack."

Bin Laden was indicted once, too. But in the end, it was a team of Navy SEALs not intent on reading him his Miranda rights that killed him in a daring raid on his compound in Pakistan. They locked and loaded and left the search warrants behind. It was a mission aided by the very "enhanced interrogation techniques" that President Obama despises.

The president wanted to try Khalid Sheik Muhammed, mastermind of the 9/11 attack on New York City and Washington, D.C., who still enjoys free room and board courtesy of the U.S. taxpayer, in a civil court just blocks from Ground Zero. He wants to try the Benghazi terrorists in civil court as well, instead of just going and grabbing them and bringing them to justice as promised.

Meanwhile, the deaths of Stevens, Doherty, Smith and Woods have not been avenged. Justice has been delayed and therefore denied. Maybe in President Obama's mind he's thinking, "What difference does it make now?"