OH, GOODY! Obamacare forces doctors to ask patients about their sexual behavior and share that data with the feds

Thanks to new regulations that are part of the federal Affordable Care Act, patients will be asked to disclose more personal information to their doctors — including how often they have sex and how with how many sexual partners.

And once they do, it won’t really be personal information any more. 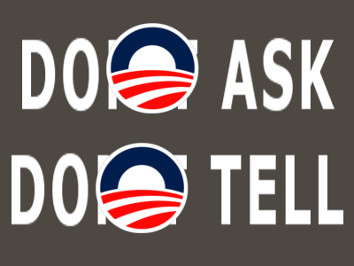 One provision of the new Obamacare law will have doctors asking their patients about their sex lives and history of drug use, even if such information is completely unrelated to why the patient is seeking medical treatment, according to a report in Monday’s New York Post.

Christina Sandefur, a lawyer for the Goldwater Institute, an Arizona-based conservative think tank challenging the Affordable Care Act in federal court, said the arrangement is a violation of patients’ privacy rights.

“Once you’ve shared your information with a private third party, the Supreme Court has ruled that is fair game for the government,” she told Watchdog.org, noting the recent disclosures of data sharing between the National Security Agency and Google, Facebook and other online services.

Doctors and hospitals who refuse to participate could be cut-off from some federal funds, and individuals who decline to share sensitive information may have to pay the fines — taxes, according to the Supreme Court — outlined in the federal health care law.

The president’s “reforms” aim to turn doctors into government agents, pressuring them financially to ask questions they consider inappropriate and unnecessary, and to violate their Hippocratic Oath to keep patients’ records confidential, the Post reported.

Thanks to laws that protect the confidentiality of doctor-patient conversations — in the same way conversations with your lawyer or your priest are considered off-the-record and — people generally are more open with their doctors than with friends and family.

That’s a good thing for both doctors and patients. Privileged communication means patients will give honest answers and doctors can get vital information.

But in the new age of Obamacare, doctors will have to ask about personal details patients may not want to share. Then, that information goes into an electronic personal file, which can be shared between doctors, hospitals and other treatment centers.

The connectivity is supposed to help reduce waiting times and get patients faster treatment under Obamacare, but some worry about the tremendous potential for personal information to be stolen or improperly shared.

They’re not the only ones raising concerns.

In August, the federal Department of Health and Human Services said it needed more time to ensure the software to be used for the federal insurance exchanges was secure enough to keep patients’ private information would not be compromised.

And those concerns seem to be well-founded: just last week, the Minnesota health insurance exchange was victimized by a security breach leaking data for 2,400 insurance brokers.

Other parts of the Obamacare roll-out are also generating privacy concerns.

In a letter sent to HHS last month, 12 state attorneys general said they were worried about the trustworthiness of the Obamacare “navigators” being hired by states with federal money, as Florida Watchdog reported at the time.

The navigators are supposed to help low-income individuals understand the complexities of the Affordable Care Act and how to use the health insurance exchanges.

“It is inevitable that HHS’s vague ‘standards’ will result in improperly screened or inadequately trained personnel. These individuals will be more prone to misappropriate, accidentally or intentionally, the private data of consumers,” the letter said.

Patients need to defend their own privacy by refusing to answer the intrusive social-history questions. If you need to confide something pertaining to your treatment, ask your doctor about keeping two sets of books so that your secret stays in the office, the Post advised in its article.

“Doctors take the Hippocratic Oath seriously and won’t be offended,” the author of the Post article, Betsy McCaughey, said.

Eric Boehm is a reporter for Watchdog.org and can be reached at Eric@PAIndependent.com. Follow him on Twitter at @EricBoehm87.

If you use "medicinal" marijuana you receive an exemption.

This is simple to foil, particularly if you have multiple doctors you know well.

Tell one to enter, yes I'm sexually active, with multiple goats and sheep. And tell another, No I've been celibate since 1976.

Let them make sense of the data....