JUST PEACHY: Boehner and Company Secretly Working to Put a Stake in the Heart of the GOP Once and for All

Just hours ago, Erick Erickson -- whose ear is among the closest to the group inside the Beltway -- warns that the House GOP is preparing for a full-fledged surrender in the battle over the Continuing Resolution. 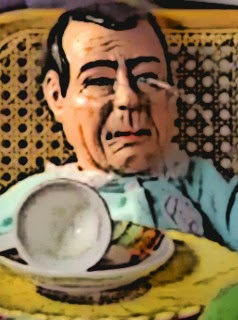 This is just embarrassing. The House GOP has refused to fight on Obamacare. Right now they are going through an elaborate dance routine, complete with leotards and streamers, to show everyone they are really fighting for something.

They’ve gone through so many iterations, no one is really sure what it is they are fighting for, but it is for certain they are not fighting to defund Obamacare.

Stand your ground, stop whittling down your proposal, and fight... Or just pass a clean CR, own the suck, stop wasting everybody’s time, and move on.

Oh, and it gets better. While everyone's attention is diverted onto Obamacare Kabuki Theater, House leadership is still trying to pass Amnesty!

...The chairman of the House Judiciary Committee, Rep. Bob Goodlatte, has been discussing possible legal status for the estimated 11 million immigrants living in the U.S. illegally. He's also been working with House Majority Leader Eric Cantor, a fellow Virginia Republican, on a bill offering citizenship to immigrants brought illegally to the U.S. as children.

Reps. Raul Labrador, R-Idaho, and Ted Poe, R-Texas, are working on a plan to create a visa program allowing more lower-skilled workers into the country... Goodlatte and the chairman of the House Homeland Security Committee, Rep. Mike McCaul, R-Texas, hold out hopes for floor action by late October on a series of immigration bills that already have passed their committees.

What a bunch of freaking idiots.

And, once again, I ask the following question of the GOP establishment:

With all due respect, of course.

at 8:12 PM
Email ThisBlogThis!Share to TwitterShare to FacebookShare to Pinterest

Gee, what a shock.

Did any of us really expect this corrupt coward to do anything other than sell us out?

How we collectively tolerate this asshole as House Squeaker is utterly amazing. For doing so, we deserve what's coming.