WHAT COULD GO WRONG? Statist Control Freaks in Senate Want to Define Who Is a Journalist

Does it count as violating Godwin's Law if they really are fascists?

Your First Amendment rights are UNDER ATTACK!

Members of the Senate Judiciary Committee led by Chuck Schumer and Lindsey Graham have attached an amendment to Senate Bill 987, which would give the Department of Justice power to determine who qualifies for protection as a journalist under the First Amendment. 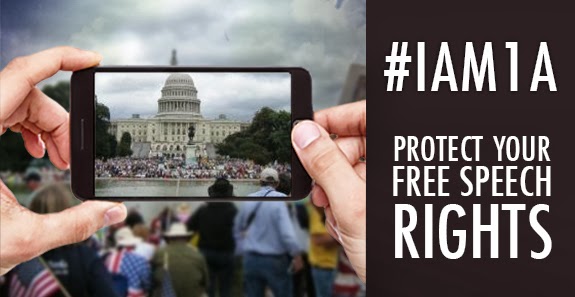 Here at the Franklin Center, we believe in the power of a free press. We already have a law to protect the press from government meddling in our newsgathering efforts and excluding Americans from the reporting process. It’s called the First Amendment.

TAKE ACTION: Join us in protecting our First Amendment rights by using #IAm1A and reminding Congress journalism is an act, not a profession.

Go to Watchdog Wire and take action now--before it's too late.

They came for the Urinalists and their precious First Amendment and I thought it was funny. Then they came for my guns and I found that the sword was mightier than the pen.

We don't have complete control of the Communists in Congress who manage to fool Democrats into electing them, but we do have control over not allowing Banana Republicans to be elected.

To hell with Lindsey Graham: be generous to his GOP opponent, Nancy Mace, and let's dump this obnoxious, backstabbing a-hole.

Journalism is an activity, not a profession.

This is even more apparent when you see people who profess to have degrees in journalism, who then go on to work at a typical newspaper.