STAR DRECK: EPA plans to shut down coal plants by requiring they use technology from the future that has yet to be invented

Mr. Peabody, does the Wayback Machine have a setting for the year 2030?

This past spring, EPA pulled its first attempt at a greenhouse gas emission standard for new power plants, fearing it was so draconian that it wouldn't stand up in a federal court... 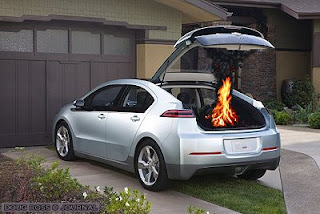 The Washington Post reports that the agency is about to take a second stab at stacking the deck against new coal-fired power plants:

According to those familiar with the new EPA proposal, the agency will keep the carbon limit for large natural gas plants at 1,000 pounds but relax it slightly for smaller gas plants. The standard for coal plants will be as high as 1,300 or 1,400 pounds per megawatt hour.

However, the average coal plant emits 1,768 pounds of carbon dioxide per megawatt hour, meaning new plants will need carbon capture and sequestration (CCS) technology--something that is a long way from being viable. Jeffrey Holmstead, who represents coal-fired power plant owners and is a former EPA official in the President George W. Bush administration, told the Post, “As a practical matter, this means that the new proposal will still stop any new coal-fired power plants for the foreseeable future.”

The International Energy Agency doesn't expect CCS technology to be routinely used by power generators until 2030. That’s years away. In the meantime, we need to continue improving the efficiency of current coal-fired technology and continue investing in CCS research instead of writing off an abundant and economical energy source.

The only campaign promise that President Obama appears to have kept with was his 2008 pledge to make "electricity prices necessarily skyrocket".

"Under my plan of a cap and trade system, the price of electricity would necessarily skyrocket. Even regardless of what I say about whether coal is good or bad. Because I’m capping greenhouse gases, coal power plants, you know, natural gas, you name it — whatever the plants were, whatever the industry was... [t]hey will pass that money on to consumers." --Barack Obama, 1 November 2008