I read your blog post about the Sacramento Bee's pro-Obamacare editorial. I don't know if you've seen this, but there's a hospital in Idaho that's trying to merge with other healthcare systems in order to consolidate its care so it could adhere to the cost-saving regulations in Obamacare. But this hospital is now being sued by the FTC, which is arguing that its attempt to merge with these other systems violates anti-trust rules. So you have an Obama agency suing a hospital for merely trying to adhere to an Obama law.

While the nation uneasily prepares for the October 1 deadline for implementation of Obamacare, a potentially fatal rift has materialized in the most unlikely place – inside the Obama Administration itself, demonstrating once again how unready the country is for this law. 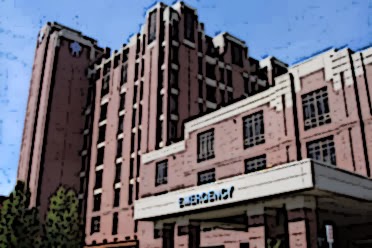 ...For example, the administration’s Federal Trade Commission and Justice Department are suing to block mergers among many of the nation’s hospitals-- hospitals that are only trying to accommodate the changes the law promises to bring. In short they just want to stay in business under the changed environment of Obamacare... Yet, the Obama FTC is jamming on the brakes to prevent the industry from achieving this critical mass required for hospitals to run efficiently under Obamacare.

Ironically, the FTC is talking about making sure we have enough hospitals to maintain competitiveness, even as the Obamacare design is inevitably leading to fewer hospitals, doctors, pharmacies and labs.

...St. Luke’s Hospital in Boise, Idaho presents perhaps the best case in point... [W]hen a physicians group in nearby Nampa sought to consolidate with St. Luke’s to afford better care and service to its patients, a nearby hospital sued, claiming that St. Luke’s was “buying up” physician practices in order to hold more patients “captive” to its system.

The Federal Trade Commission was quick to join the lawsuit, buying into the premise that if hospitals and physicians groups were consolidating, they must be colluding to squeeze out the competition, ignoring completely for the moment that Obamacare defines “the market” not the competition.

...It is not just St. Lukes, either. Phoebe Putney Health System in Georgia, ProMedica health system in Ohio, Reading Health System in Pennsylvania, Renown Health in Nevada, are also victims of the FTC - punishing those who are trying to get in front of the situation.

Hospitals and doctors groups that want to survive under the changed conditions of Obamacare must consolidate to keep those costs down. Keeping cost down is, after all, the basic premise that Obama sold the country on when the healthcare pact was passed.

...The alternative is government run hospitals…only.

And that’ll be really competitive, right?

Thought you and your readers would find this interesting. The FTC trial against the hospital starts on Monday.