In a noteworthy attempt to suppress free speech, the Obama campaign issued an "action wire" earlier this week. It asked recipients to bombard WGN with complaints for airing an interview with Dr. Stanley Kurtz. Kurtz discussed his research into the candidate's work with unrepentant terrorist William Ayers when the pair served together on the board of Chicago's Annenberg Challenge. 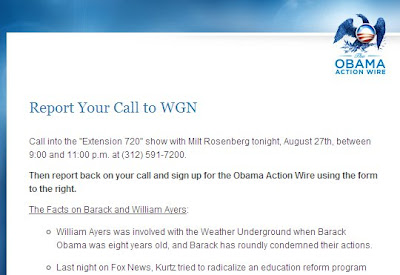 In the interest of preserving history (since pages on Obama's website tend to *ahem* disappear from time to time), the following screencap represents how the "action wire" appeared earlier today. 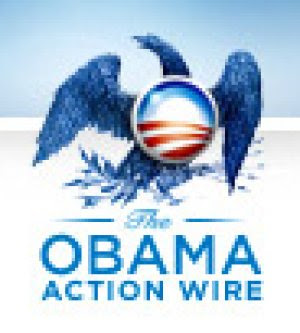 Note the logo: a winged seal that resembles an Obamafied version of the Great Seal of the United States. 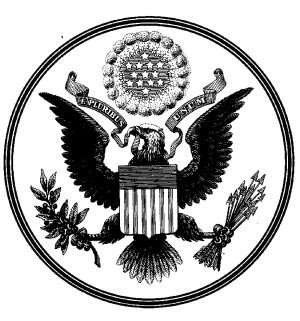 The Democratic candidate's symbolism is presumptuous at best and disturbingly ominous when one considers the effort that has been expended branding Obama "a loyal American."

Linked by: Sondrak. Thanks!
at 4:35 PM
Email ThisBlogThis!Share to TwitterShare to FacebookShare to Pinterest
Labels: Democrats, Obama