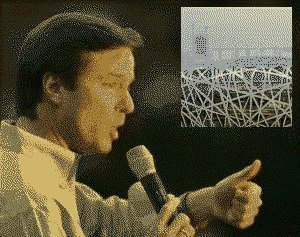 Hey, did you guys know the Olympics were on? Let's all go over to my house after this is over and we'll watch women's gymnastics -- er, I meant mens' bowling -- on my 100" plasma!

Yes, your honor. I'll get back to the question at hand.

She speaks to you through me. And I have to tell you right now -- I didn't plan to talk about this -- right now I feel her.

I feel her presence. She's inside me, and she's talking to you.

She asks you to take this burden that she's carried for months off of John Edwards... and to put it where it belongs.

On her real daddy. Whoever that may be. Andrew Young. Or Fred Baron. 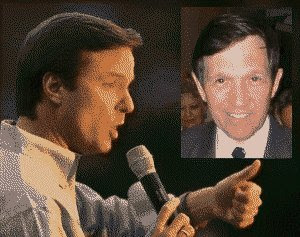 Would you believe... Dennis Kucinich?

This brief affair in the middle of 2006 could not possibly have resulted in my fathering Ms. Hunter's child. Because it was over as soon as it began.

Any pictures of Ms. Hunter and me at the end of 2006 were obvious, patently false photoshops. 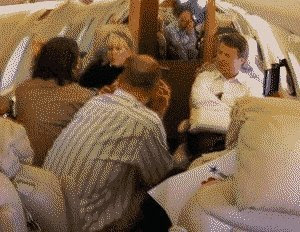 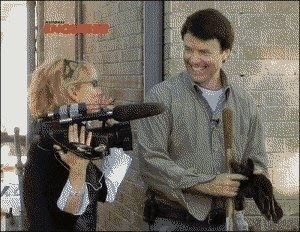 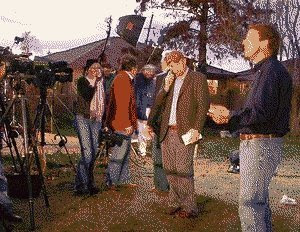 Really poor ones at that. 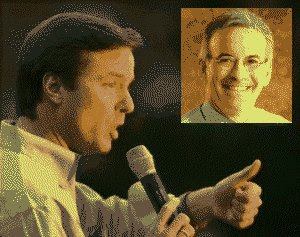 And I certainly had no idea that my friend and patron Fred Baron had relocated Ms. Hunter from North Carolina to California. And paid for Andrew Young to move too.

Or that he paid her $14 grand for her video footage after the campaign had already paid her $100,000 for the same videotapes. 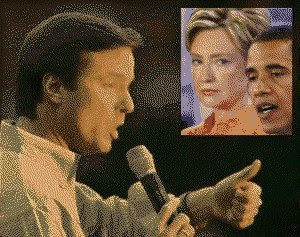 How 'bout that Democratic Convention? Bill, Hillary, Obama and thousands of angry progressives?

That's really the big news story now, right?
at 11:34 AM
Email ThisBlogThis!Share to TwitterShare to FacebookShare to Pinterest
Labels: Edwards