Scandalizer: photos of Hunter, Edwards together in late '06

Well, you gotta give him one thing: the man has chutzpah. 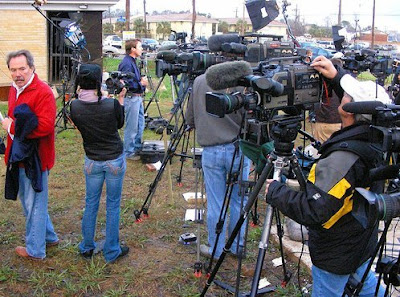 Photographs distributed by wire services and posted online by technology blogger Robert Scoble show that former North Carolina senator John Edwards took his mistress Rielle Hunter with him on the plane during his late 2006 presidential campaign announcement tour... that's Hunter in the jeans and jester hat... 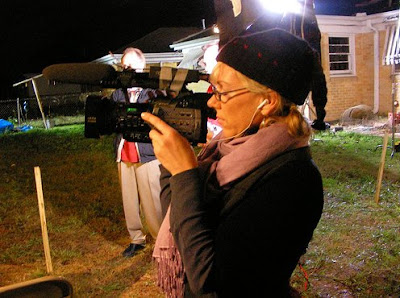 ...Scoble blogged Friday about the four-day presidential announcement trip, after Edwards admitted the romance with Hunter. ...Wrote Scoble, "I had no idea that when former Senator John Edwards invited me to come along on his plane back in December of 2006 that I would have had a front-row seat to a sex scandal." 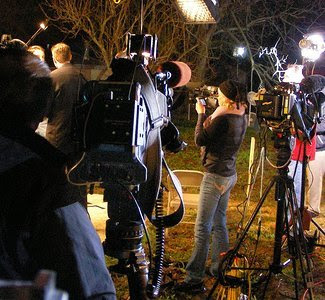 ...Edwards said in a statement that his romance with Hunter ended in 2006. "With my family, I took responsibility for my actions in 2006 and today I take full responsibility publicly. But that misconduct took place for a short period in 2006. It ended then," he said. 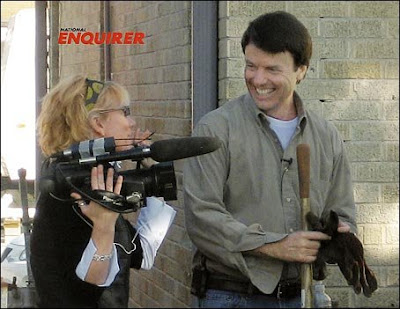 ...Edwards announced his presidential bid on Dec. 28 in New Orleans. His wife did not accompany him on the trip there. 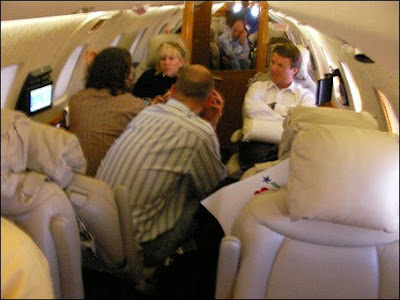 ...The wire service photos, below, show Hunter, whom Edwards met in a New York bar in 2006, traveling with Edwards on December 27 and riding with him on his plane to Reno, Nev., on December 29M of that year.

In other words, Hunter was still his traveling companion and close-up camerawoman at the end of 2006; thus Edwards confessional rings as true as his pronouncements that hundreds of thousands of homeless veterans wander the streets every night.

Put simply, his so-called "confession" appears as genuine as a Stradivarius air guitar.

KOFINIS: Listen, I — you know I am personally pretty devastated, and I can only imagine the staff and others that worked for him a lot longer than I did, how they feel. I don't understand, you know, how this all came about...

...He made a terrible, terrible mistake, and he's paying about it as severe a price as you can in a, if you will, public, you know — you know, humiliation, and that's pretty severe... But, again, my focus is on his family, and in particular Elizabeth, and wishing them that, you know, the best that they can figure out a way to get through this as best they can.

Update II: The Swamp implies that Edwards is still spinning fables, based upon information gleaned from Rielle's friend Pigeon O'Brien.

[The affair] started early in 2006, months before Edwards has acknowledged, O'Brien said...

O'Brien also contends that Edwards is the father of Hunter's child, which Edwards has denied -- with O'Brien maintaining that Junter [sic] was in love and would not have the child of someone she didn't love. She went into all of this in great detail on the air today.

...Ms. O'BRIEN: As of--as of his statement on Friday evening, he is lying about the timeline of the affair and other details about it, yes.

...It started in the winter of '06. They became involved at that point, not later in the summer when she was hired to work for the political action committee.

RODRIGUEZ: Do you think that John Edwards is the father of her daughter?

Ms. O'BRIEN: I do... ...I don't see any other explanation. She would not have a child with someone that she didn't love, and she loves him.

All photos by Robert Scoble with the exception of that marked National Enquirer. Linked by: Instapundit and Jammie Wearing Fool. Thanks!
at 6:24 AM
Email ThisBlogThis!Share to TwitterShare to FacebookShare to Pinterest
Labels: Edwards