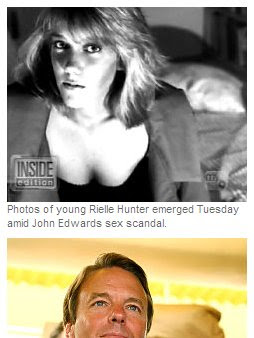 That's eight No's for those of you playing at home. Perhaps if Hunter or Edwards would have said "No" ... O'Brien described Hunter as "a very keenly intellectually engaged woman. She's very insistent upon rigorous dialogue . . ."

O'Brien said that Hunter "digs very deeply," and that she and Edwards "connected very deeply."

Related: "Who in the Edwards campaign was responsible for the coverup?"
at 8:31 AM
Email ThisBlogThis!Share to TwitterShare to FacebookShare to Pinterest
Labels: Edwards