Can you spot the difference? (Obama-Biden Edition)


Some bumper-stickers from campaigns past: 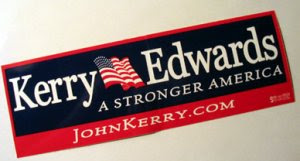 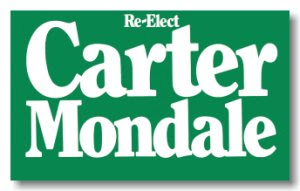 * * *
Now see if you can spot the difference: what happens when someone shares the ticket with The One? 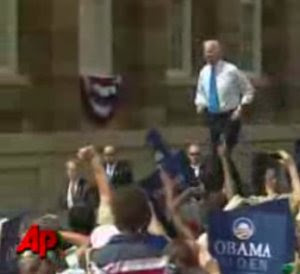 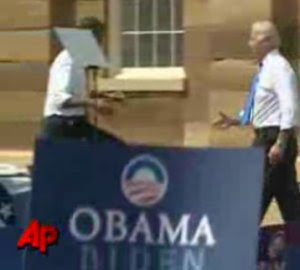 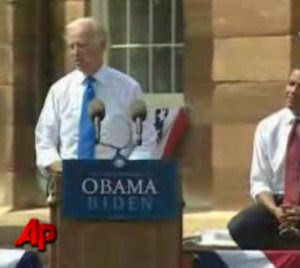 Update: Ed Morrissey at Hot Air links (thanks!) and cleans up with a question that slices to the heart of the matter:

The font color was a deliberate choice by the designers. Why not both names in stark white, the better to be seen clearly? It’s almost as though the Obama campaign wants to de-emphasize Biden, which might also explain why they announced his selection in the dead of night. Are they embarrassed already by Biden, or can Obama brook no encroachment on his share of the spotlight?

Also linked by: Blogs for John McCain, Don Surber, Southcoast Today, ReverseSpin, Bluegrass, Red State, Say Anything and American Thinker's Thomas Lifson, who summarizes: The One We Have Been Waiting For breaks precedent in demoting his running mate to not just a smaller typeface, but darker, washed-out, weak-looking lettering on campaign signs. The cult of the personality may not wear as well with Americans as with North Koreans.