Check out one of the 'headline posts' on Stuffington Roast, which links to an NPR article. 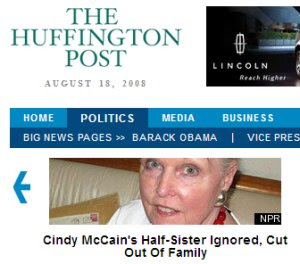 Cindy McCain's half-sister is angry she's been 'hidden' by the campaign.

No HuffPo commentary on Obama's ties to his half-brother Mark Ndesandjo. Ndesandjo's business in China helps promote "the flood of Chinese imports that are blamed by many Americans for destroying American jobs [and could prove] politically embarrassing." 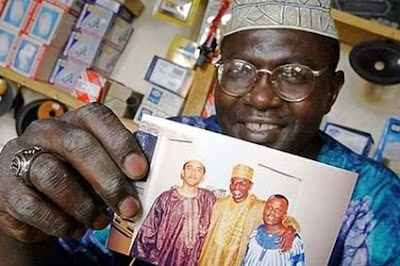 And HuffPo is curious silent regarding Obama's relationship with his half-brother Malik Obama. ABC's Jake Tapper notes that Malik, when interviewed regarding his step-brother, stated, "I am a Muslim myself, and I don't think that my being a Muslim has got anything to do with my brother being the President of the United States." True enough. Of course, the AP photo of his school registration in Indonesia is food for thought.

Curious how the denizens of HuffPo forgot to mention the half-siblings of their actual candidate.
at 9:27 PM
Email ThisBlogThis!Share to TwitterShare to FacebookShare to Pinterest
Labels: Democrats, McCain, Obama