How the National Enquirer and the blogosphere forced Edwards to confess


Using Google Insights, we can track the number of people searching for information on Rielle Hunter, the mistress of John Edwards.

The National Enquirer first revealed Hunter's name in December. A few blogs, including DBKP and this humble journal, picked up the story because there were a variety of variables that all pointed to the fact that Edwards was a sleazebag.

I mean, besides the fact that he was among the foulest of trial lawyers in recorded history ("[Edwards] stood before a jury and channeled the words of an unborn baby girl"). 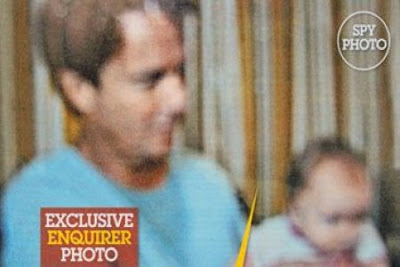 Despite the mainstream media blockade, the Enquirer continued to doggedly pursue the story. In July, it released additional details and the same set of blogs continued to build upon the story.

You can see from the graph how the pressure -- represented by the public searching for information on Ms. Hunter -- built during the month of July after Edwards was cornered by the Enquirer's staff in a Los Angeles hotel. 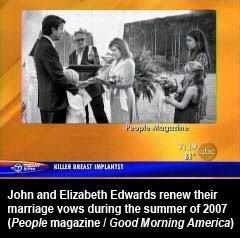 Put simply, a tabloid and the blogosphere -- both of which have been ridiculed for years by the MSM -- broke and publicized an immense story regarding a major presidential candidate and potential cabinet member.

I keep picturing the newspapers as lemmings, jumping one after another off a cliff labeled "Internet."
at 9:54 AM
Email ThisBlogThis!Share to TwitterShare to FacebookShare to Pinterest
Labels: Edwards, MSM