This is the real transcript of a Joe Biden commercial from his '88 presidential campaign. 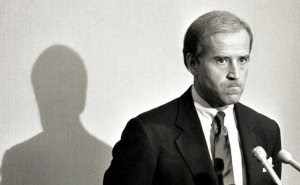 The White House isn't the place to learn how to deal with international crisis, the balance of power, war and peace, and the economic future of the next generation. (Doesn't this disqualify his running mate?) 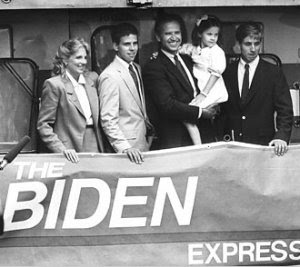 A president has got to know the territory. (Ditto)

Joe Biden sees the presidency as a pulpit from which America sets an example for the world. He believes that developing nations once saw America as more than a place. They saw us as an idea, a goal to reach for. (This fits perfectly with Obama's world-view... that America sucks) 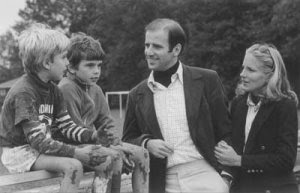 He knows they lost confidence in us, that they see us losing our way, our resolve, our ideals. (So even 20 years ago, Democrats were using the exact same rhetoric about how the rest of the world hates our guts) 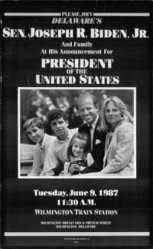 Joe Biden thinks it's time to remind the world of what America stands for: freedom, equality, justice, opportunity. (Yes, it's high time that Joe Biden returned America to the greatness he -- I mean -- it deserves!)

Biden dropped out of the 1988 campaign after videotape emerged in which he used the words and the life story of British Labor Party leader Neil Kinnock.

"Why am I the first Kinnock in a thousand generations to be able to get to university? Was it because our predecessors were thick? Does anybody really think that they didn't get what we had because they didn't have the talent or the strength or the endurance or the commitment? Of course not. It was because there was no platform upon which they could stand"

JOE BIDEN IN Sept 1987 during his first presidential campaign:

"Why is it that Joe Biden is the first in his family ever to go a university? Why is it that my wife... is the first in her family to ever go to college? Is it because our fathers and mothers were not bright? ...Is it because they didn't work hard? My ancestors who worked in the coal mines of northeast Pennsylvania and would come after 12 hours and play football for four hours? It's because they didn't have a platform on which to stand."

The video was sent by the Dukakis campaign to officials of the New York Times. The resulting firestorm of controversy caused Biden to withdraw. 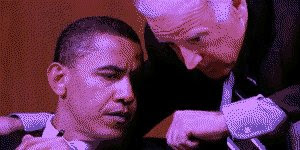 At the start of this campaign season, Biden praised Barack Obama:

"[he is] the first mainstream African American [presidential candidate] who is articulate and bright and clean and a nice-looking guy. I mean, that's a storybook, man.

In a videotaped exchange with a supporter last June, he said, "You cannot go to a 7-Eleven or a Dunkin' Donuts [in Delaware] unless you have a slight Indian accent. I'm not joking."

Pleased to be listening to you, Mr. Joe!

Links via Memeorandum: EIB: Oh please let it be Biden. Pajamas Media: The neophyte and the plagiarist, or Obama makes his choice. Betsys Page: Obama-Biden. Slate: The Prize Biden Moment. New Republic (2001): "Seems to me this would be a good time to send, no strings attached, a check for $200 million to Iran". OTB: Tapping Biden. Linked by: Don Surber and Newsbusters. Thanks!
at 9:36 AM
Email ThisBlogThis!Share to TwitterShare to FacebookShare to Pinterest
Labels: Biden, Democrats, Obama