Rick Moran: Obama 'a liar of the first magnitude'

An organization called the American Issues Project, backed by Dallas investor Harold Simmons, is running a campaign ad which highlights Obama’s troubling relationship with William Ayers. Ayers is a former member of the Weathermen terrorist organization that bombed the Pentagon, the U.S. Capitol, various police headquarters, and other targets in the early 1970s. 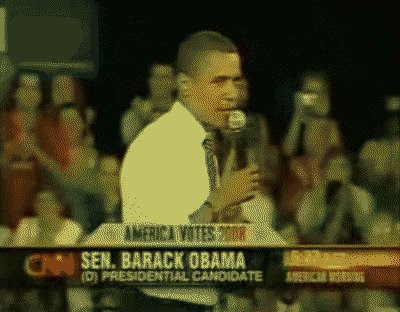 The Obama campaign’s rejoinder is three-pronged: The first shot was an Obama response ad, which fails to offer any substantive explanation of why Obama maintains ties to Ayers. Obama’s second move was to launch a heavy-handed effort to pressure television stations into rejecting the ad by promising financial retaliation against the stations and their advertisers — which effort has apparently succeeded in intimidating Fox and CNN. The capper is a desperate call for the Justice Department to muzzle political speech through the prospect of a criminal investigation — a demand that provides a disturbing sneak peak into what life would be like under an Obama Justice Department.

Michelle Malkin notes the pattern associated with the Democrats' attempt to suppress free speech (can you say 'fairness doctrine'?):

Obama’s attempt to bully TV stations airing the ad and stop scrutiny of his radical ties is part and parcel of a larger campaign to chill the free speech of conservative political activists and donors... 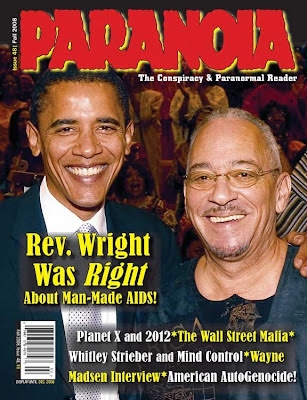 AIP has violated no provision of law. The donor(s) to AIP have violated no provision of law. However, if the Department of Justice decides to initiate investigations of donors to AIP and other conservative political and policy organizations, as well as the activities of citizens groups such as AIP, we will be prepared to counter such efforts with our list of targets and entities with which we disagree politically and philosophically for the Department to also investigate and prosecute.

As we wait for the press and others to go through the thousands of documents related to the Chicago Annenberg Challenge where Barack Obama served as President of the Board and terrorist William Ayers headed up the operations arm, we can say for certain that Obama is a liar of the first magnitude.

Barack Obama made it appear in public statements that he barely knew Ayers. Here is what he said at the Philadelphia debate in April about his relationship with the terrorist:

This is a guy who lives in my neighborhood, who's a professor of English in Chicago who I know and who I have not received some official endorsement from. He's not somebody who I exchange ideas from on a regular basis. And the notion that somehow as a consequence of me knowing somebody who engaged in detestable acts 40 years ago, when I was eight years old, somehow reflects on me and my values doesn't make much sense, George.

[But] here's what the Annenberg docs show so far:

The UIC records show that Obama and Ayers attended board meetings, retreats and at least one news conference together as the education program got under way. The two continued to attend meetings together during the 1995-2001 operation of the program, records show.

Obama is going to have a lot of explaining to do - if he ever has a press conference.

If he has his way, though, he may not have to answer the question. The DC Examiner's op-ed asks 'Does Obama support free speech or not?':

The Obama campaign describes the [AIP] ad as “false, despicable and outrageous,” according to The Associated Press. If the ad is false, the Obama campaign should have no trouble refuting it, which would likely be sufficient to persuade stations to decline the ad. Yet we’ve seen no such refutation.

More worrisome is Obama’s claim in his letter seeking Justice Department intervention that the American Issues Project is willfully violating campaign finance laws. The reality is that the AIP appears to have satisfied all applicable federal regulations.

Any request by any political campaign that federal officials intervene to stop the airing of legitimate political opinion ought to throw up red flags to everybody who cares about protecting the First Amendment...

...Obama would do well to provide credible answers to the questions raised by the AIP ad. And he should make it unequivocally clear that he supports freedom of speech for everybody, including his critics.

Don't hold your breath. These are the same fascists who support the ill-named "Fairness Doctrine".
at 6:15 AM
Email ThisBlogThis!Share to TwitterShare to FacebookShare to Pinterest
Labels: Democrats, Obama