...he jets about in private planes that consume massive amounts of energy to spread his message of “conservation.” ...he travels in fleets of limos and SUVs to deliver speeches about the dire consequences of ignoring “man-made global warming” — and leaves the cars running throughout his entire speech in order to ensure that they will be nice and cool when he exits the building... 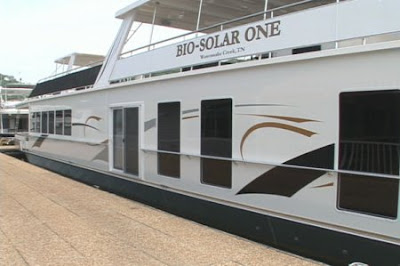 His supposedly “green” mansion consumes electricity that dwarfs the consumption of the typical family home. 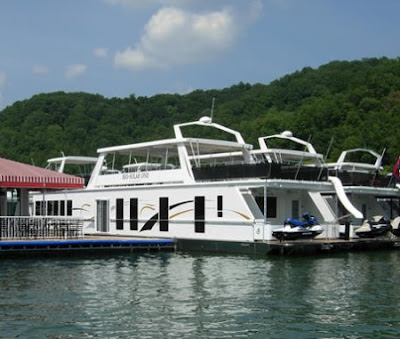 ...Gore may now be extending his excessive consumption to the water as well. In an amazing display of conspicuous consumption, even for Al Gore, his new 100-foot houseboat that docks at the Hurricane Marina in Smithville, Tennessee is creating a critical buzz among many of his former congressional constituents. Dubbed “Bio-Solar One,” which may reflect some latent Air Force One envy, Gore has proudly strutted the small-town dock claiming that his monstrous houseboat is environmentally friendly. (Only Al Gore would name his boat B.S. One and not get the joke. Or perhaps the joke is on us...

Supposedly the boat is powered by biodiesel and solar panels. The boat's builder, though, says he has “no clue” about where Gore could get biodiesel at the lake. When I was in college, I spent my summer piloting a 48-foot Stardust Cruiser party boat around for VIPs. I burned through two gallons of fuel every 15 minutes on a good day. 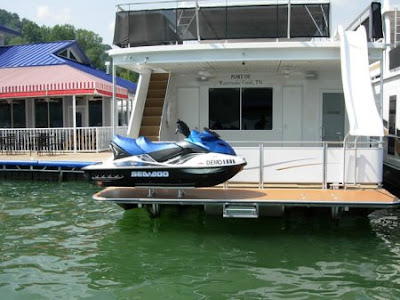 It uses tons of fuel, but not to worry, it's tons of bio-diesel fuel. (Where do you suppose it stops for 500 gallons of bio-refueling --@ $4/gal=$2,000-- on the lake?) Oh, and as a backup, it uses solar power. Evidently, there are jet skis included, surely powered with solar panels that make everything okay.

Check out the lifelines. 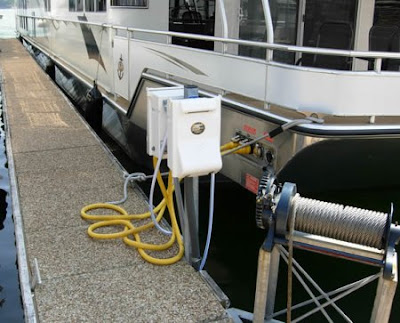 If I didn't know better, I'd think these cords were supplying electricity to Moby Gore.

But after listening to the Goracle, I'm guessing his vessel is just mainlining Crisco.