Jack Torry of the Columbus-Dispatch has done his level best to obfuscate Obama's connection to William Ayers. In an analysis of the "Know enough?" 527 ad regarding the Obama-Ayers connection, Torry deliberately misleads readers.

Obama's association with Ayers was raised by ABC's George Stephanopoulos in April at the Democratic presidential debate in Philadelphia. During that debate, Democrat Hillary Clinton criticized Ayers' comments and said he would be "an issue that people will be asking about." 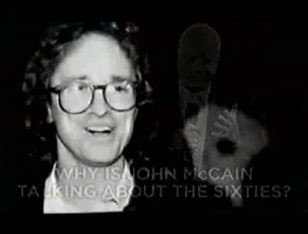 But during that debate, Obama criticized "this kind of game, in which anybody who I know, regardless of how flimsy the relationship is . . . somehow their ideas could be attributed to me..."

Unbelievably, Torry omits any reference to the boards upon which Ayers and Obama served together.

On the board of Woods fund, for instance, they funded the group ACORN, infamous for its vote fraud crimes, and the Arab-American Action Network, founded by a PLO member named Rashid Khalidi.

Continuing to follow up on what can be learned of Barack Obama's tenure as the Chairman of the Board of the Chicago Annenberg Challenge (CAC), evaluations of the program during his tenure available on line demonstrate that in his only real executive test, Barack Obama was a dismal failure squandering millions of dollars on education programs which had basically no real effect. They also strongly suggest Obama's claim that un-repentant terrorist Bill Ayers is just a teacher who lived down the block is an outright lie. The structure and tone of the CAC, addressed in the documents, leave a strong impression the two men had to work together closely over a number of years...

Torry's article is pathetic; it is symptomatic of a mainstream media that has gone off the deep end.
at 6:24 AM
Email ThisBlogThis!Share to TwitterShare to FacebookShare to Pinterest
Labels: Democrats, extremism, MSM, Obama