Obama took the gloves off and threw a sucker punch at McCain today with a new ad. McCain turned around and body slammed Obama...

“Barack Obama’s ad is ridiculous. Because of John McCain, corruption was exposed and people like Jack Abramoff went to jail.

“However, if Barack Obama wants to have a discussion about truly questionable associations, let’s start with his relationship with the unrepentant terrorist William Ayers, at whose home Obama’s political career was reportedly launched...

...Mr. Ayers was a leader of the Weather Underground, a terrorist group responsible for countless bombings against targets including the U.S. Capitol, the Pentagon and numerous police stations, courthouses and banks. In recent years, Mr. Ayers has stated, ‘I don’t regret setting bombs … I feel we didn’t do enough.’

“The question now is, will Barack Obama immediately call on the University of Illinois to release all of the records they are currently withholding to shed further light on Senator Obama’s relationship with this unrepentant terrorist?” —McCain spokesman Brian Rogers

I think we can safely say that Obama made a stupid move here. What’s that saying about throwing rocks when you live in a glass house?

And to which records is Rogers referring?

...in late 1994 or early 1995, Obama made what I think was likely the key move in his career. He was named Chairman of the Board of the Chicago Annenberg Challenge, a $50 million grant program to funnel money into reform efforts at Chicago schools. It turns out that the architect of the Annenberg Challenge was Bill Ayers, who designed the grant proposal... The purpose of the program was to defend the clearly failing local schools council effort that had been put in place back in 1988...

...It is highly unlikely that a 30-something second year lawyer would have been plucked from relative obscurity out of a left wing law firm to head up something as visible and important in Chicago as the Annenberg Challenge by Bill Ayers if Ayers had not a lready known Obama very well. Obama likely proved himself to Ayers in the battle for local school control when at the DCP in the 80s. One guess as to why Obama does not play up his educational experience more thoroughly now – it certainly could be of use to him one would think in beefing up his “I have the experience to be President” argument – is that it would lead to a renewed discussion of the Bill Ayers connection, which is clearly toxic for Obama. This likely explains why Obama tried a kind of head fake when asked about Ayers in the recent TV debate. Obama said Ayers was a “professor of english.” Yet, Obama chaired the Annenberg Challenge for three years and served on its board for another three years, working closely with Ayers on grants to Chicago schools...

Shouldn't it then be straightforward to research the Annenberg Challenge? Like so many records associated with Obama's background, the answer is no. Stanley Kurtz explains: 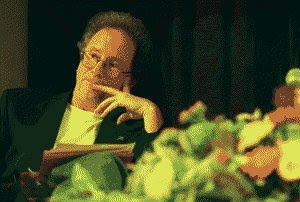 There are new developments in my quest to gain access to the Chicago Annenberg Challenge records, to prevent them from being returned to their original donor, and to preserve them from tampering. (For background, see my piece, "Chicago Annenberg Challenge Shutdown?") The Associate Press has reported on the story. Over at JustOneMinute, Tom Maguire makes note of the fact that the AP story fails to mention the contradiction between Obama’s Annenberg connection and his claim that Ayers was just "a guy who lives in my neighborhood..."

...If you would like to keep up the pressure on UIC to protect these documents, to release the name of the donor, and to make this material accessible to me and to the public, you can email University of Illinois President B. Joseph White (PresidentWhite@uillinois.edu). Phone numbers for President White’s two offices are (312) 413-9097 and (217) 333-3070...

The University of Illinois is responsible for releasing these records, unredacted, to the public. Make your voice heard.