Makings of a Chem Weapon in a hotel near DNC: MSM yawns


Less than two weeks before the Democratic National Convention takes place in Denver, the Rocky Mountain News reports that a dead man may have been constructing a chemical weapon ("FBI joins hotel cyanide inquiry; victim identified"):

...FBI and local authorities are trying to sort out the mystery of what happened to a man found dead at the Burnsley Hotel in Denver's Capitol Hill neighborhood... On Tuesday, the man was identified as Saleman Abdirahman Dirie, a 29-year-old Canadian... 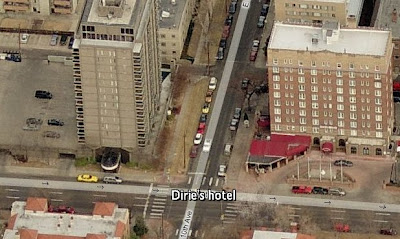 ...officials at the coroner's office suspected the presence of cyanide when they received the body. Hazardous materials teams from several jurisdictions, including the FBI, found a jar in the fourth-floor room where the victim was staying that held between a pint and a quart of an unknown substance [labeled cyanide].

...A source familiar with the case said authorities were looking at the possibility that the chemical was sodium cyanide... The Department of Justice has classified sodium cyanide as a toxic chemical that, when mixed with strong acids, can be used as a chemical weapon.

The hotel is about 2 miles away from the Pepsi Center, where the Democratic National Convention will be held. 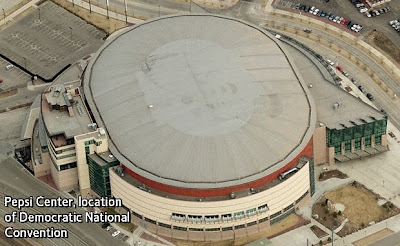 The Ottawa Sun reports that Dirie last lived in Ottawa:

Dirie was a member of Ottawa’s Somali community and attended the Somali Centre for Family Services, said manager Addirizuk Karod. 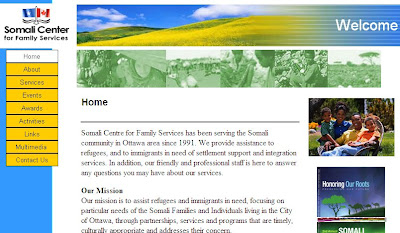 “He came to the centre with friends,” he said.

Dirie’s brother Hassan Dirie worked for Thrifty Car Rental on Bank St., but recently moved to Vancouver, Karod said... Members of the tight-knit community were trying to reach him yesterday but he wasn’t answering his phone. Dirie had been dead for six days when he was found, he said.

“How come nobody in the hotel noticed that he wasn’t coming or going?” he asked.

The Dirie family came to Ottawa as refugees years ago and had since become Canadian citizens, he said. Dirie’s father Abdirahman, who also lives in Ottawa, travelled to Denver when he received the news, he said... [and that] the Ottawa Somali community will want answers.

Cyanide is a fast-acting chemical that prevents the body from processing oxygen. It can be used in manufacturing, metallurgy and pest extermination.

Maybe Dirie was just trying to start a pesticide business. 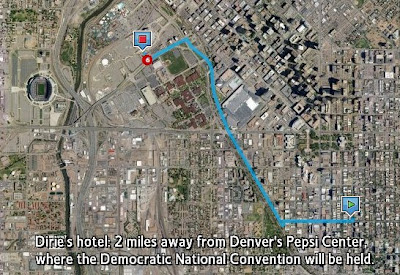 How do you write a letter to editor? How do you file complaints against media outlets? How do you avoid common mistakes in dealing with the media?

In July one "Adbdirahman Dirie" left a comment on a blog that discussed the killing of Somali Christians by Islamists and by Islamic Courts.

Please don’t talk s**t , that man [the Christian blogger] deserves what happened to him , simply because having the bible in one hand , and a bread in the other hand , is not a correct thing ,! Kill Them , Kill them , Kill them , that is my massage,!

Linked by: Ace of Spades, Gateway Pundit, Jawa Report and Fausta. Thanks!
at 9:36 AM
Email ThisBlogThis!Share to TwitterShare to FacebookShare to Pinterest
Labels: Democrats, extremism, War