Why do Democrats only hate American oil?


In May Senator Chuck Schumer (D-NY) said that Saudi Arabia could slash oil prices by drilling for more oil.

If Saudi Arabia were to increase its production by 1 million barrels per day that translates to a reduction of 20 percent to 25 percent in the world price of crude oil, and crude oil prices could fall by more than $25 dollar per barrel from its current level of $126 per barrel... 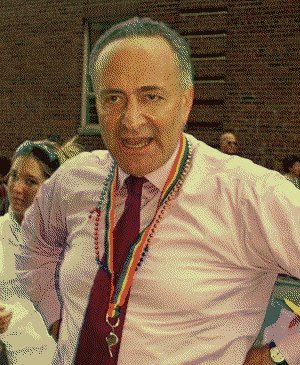 In turn, that would lower the price of gasoline between 13 percent and 17 percent, or by more than 62 cents off the expected summer regular-grade price...

Of course, Schumer also claims that drilling for the same amount of oil in the United States would not impact oil prices.

[Schumer said that] drilling in the Arctic Wildlife Refuge would “take ten years and reduce the price of oil by a penny.” ...Schumer also called for an end to the speculation in energy markets that drives up prices.

What does Schumer have against oil that's produced in America?

Pelosi sent a letter asking the president "to draw down a small portion" of the SPR's more than 700 million barrels of oil... 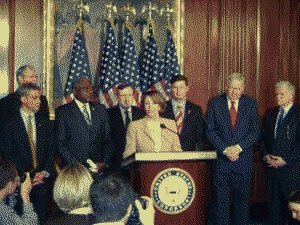 "Releasing oil from the Reserve is a tool to manage our national and economic security, and when judiciously used will in no way jeopardize national security," the California Democrat wrote.

Thus, Democrats favor exploration of the SPR, which is supposed to be used only for catastrophic shortages, but believe that drilling for oil in the U.S. is "a hoax".

Can someone explain to me why Democrats only hate oil that's made in America?

Update: "Obama releases Exxon ad and hopes no one notices it's a lie"... You just can't make this stuff up...
Despite his new TV ad, Barack Obama has received more money from Exxon and Mobil employees than Senator John McCain.