Is that a tire gauge in Paul Waldman's pocket or is he just glad to see you?

The message couldn't be plainer: See that itty-bitty, little tire gauge? If you vote for Obama, that's how big your penis is. If you vote for McCain, on the other hand, your penis is as big as this rig, thrusting its gigantic shaft in and out of the ground! Real men think keeping your tires inflated is for weenies. 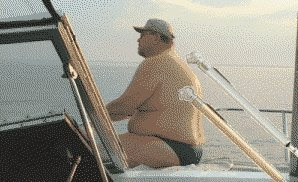 At 72, John McCain is himself not exactly a simmering pot of heterosexual energy, causing women to swoon at the first whiff of his man-musk... [But a] Republican campaign that didn't allege that its Democrat opponent is a little light in the loafers just wouldn't be a Republican campaign.

Apparently, this is what passes for respectable commentary within the modern progressive movement.

If you happen to work out at the same gym as Mr. Waldman, keep your head on a swivel while you're in the shower.

Via: Ace of Spades and Hot Air.
at 11:40 AM
Email ThisBlogThis!Share to TwitterShare to FacebookShare to Pinterest
Labels: Democrats, MSM