I can't wait for the new license plates:

Drowning in deficits, Illinois has turned to a deliberate policy of not paying billions of dollars in bills for months at a time, creating a cycle of hardship and sacrifice for residents and businesses helping the state carry out some of the most important government tasks.

Once intended as a stop-gap, the months-long delay in paying bills has now become a regular part of the state’s budget management, forcing businesses and charity groups to borrow money, cut jobs and services and take on personal debt. Getting paid can be such a confusing process that it requires begging the state for money and sometimes has more to do with knowing the right people than being next in line.

As of early last month, the state owed on 166,000 unpaid bills worth a breathtaking $5 billion, with nearly half of that amount more than a month overdue and hundreds of bills dating back to 2010... The true backlog is even higher because some bills have not yet been approved for payment and officially added to the tally. This includes the Illinois health care agency, which says it is sitting on about $1.9 billion in bills from Medicaid providers because there’s no money to pay it.

But at least Democrats are looking out for the little guy, right? 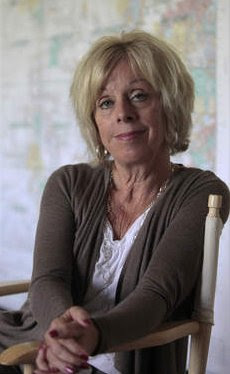 ...Year after year, Illinois builds its budget on the assumption that it will pay its bills months late — essentially borrowing money from businesses and nonprofits that have little choice but to suffer the financial hardship.

The unpaid bills range from a few pennies to nearly $25 million. In early September, for example, Illinois owed $55,000 to a small-town farm supply business for gasoline, $1,000 to a charity that provides used clothing to the poor and $810,000 to a child-nutrition program... Funeral homes were waiting for $2.8 million in overdue reimbursement for burying indigent people.

Leigh Ann Stephens wrote a letter in August “asking, pleading” for $50,000 the state owed to the DuPage Center for Independent Living, where she is executive director... Like their clients, most of the employees are disabled, coping with blindness, loss of hearing, cerebral palsy and more.

...It also reflects resignation from some vendors who no longer expect the corruption-plagued Illinois government to function properly... Illinois leaders join in bemoaning the crisis but haven’t been able to find a solution.

Gee, it's so difficult. All of that Democrat brainpower in Springfield and they can't come up with the following list that would balance the budget in 30 days:

As recently as June 2008, Illinois paid its bills seven days after state agencies finished the paperwork. A year later the delay had reached 99 days. It stood at 118 days in June of this year, the comptroller’s office said.

Hold up... I've got an idea: maybe Illinois could borrow more money to cover these unpaid bills?

Oh. You say Democrats are already trying to do that?

Never mind. People of Illinois: please continue to elect corrupt Democrats, the same toadies of the unions, the Marxist left and the illegal immigration lobby. We'll gladly accept the successful people and businesses that have given up on Illinois and its Statist agenda.

Silly rabbit. It's those GREEDY corporations and businessmen who have the gall to actually expect to be paid for the goods and services they supply to the state.

At some point shortly before Baraq leaves the White House, this will quietly become a non-story.

Illinois will begin paying off all of its past-due bills. ACORN will finally build its massive new Chicago headquarters. Quietly. No big announcements, no headlines, maybe even some quiet advice to the people who are finally getting paid - "Don't talk about this. Keep it quiet. You talk to a reporter, then you gotta talk to ME."

And then we'll start to get a better picture of where all of that missing Department of Energy money and stimulus money and shovel-ready money went.

Like my Chicago-raised grandfather used to say - "da man's a t'eef."