One of the world's best protest reporters -- Looking at the Left's "El Marco" -- was perhaps the first to notice the troubling iconography of the Occupy Wall Street crowd.

...An Occupy Denver community organizer [led] the bizarre chanting ritual. Never have I seen anything that comes as close to a mind-control exercise in a free society. The orange tape insignia on this woman’s arm indicates that she is a leader. I was told that any questions I had could be addressed to someone with this type of insignia. 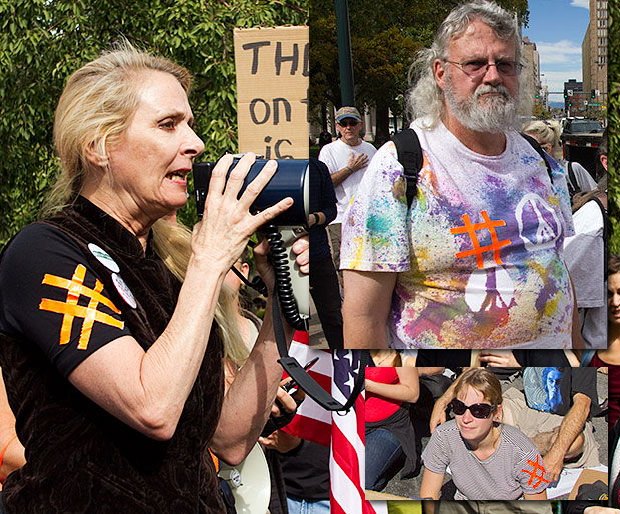 When I first saw this militant-looking marking, it reminded me of the Order of the Double-Cross, made famous in the Charlie Chaplin movie, The Great Dictator.” 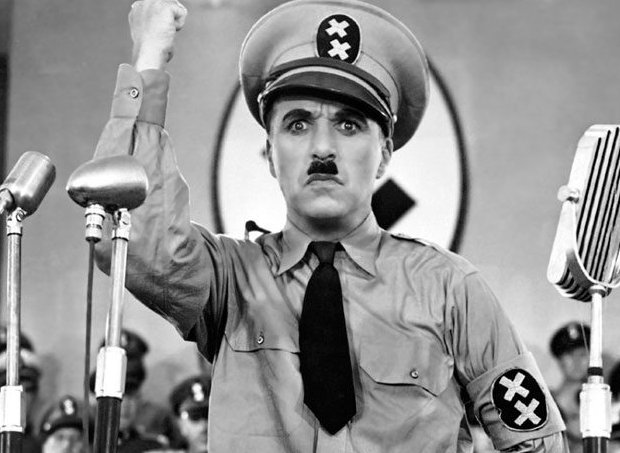 
Via: Another of the world's best protest reporters: Zombie.

This is so lame. Obviously that is the symbol for "number" [like on your telephone]. You wingnuts are so desparate and retarded.

Yes and the swastika was once a symbol of prosperity and good fortune...educate yourself!

Charlie Chaplin get a funny look to wearing hat.

the fact that the swastika changed meanings does not mean all other symbols must change meanings. does the peace sign on his shirt also hold some secret meaning to you? your argumentative fallacies are so basic. Please take a freshman debate course.