I can just see General Electric's CEO now, screeching from his porch: "Don't you know who I am???" 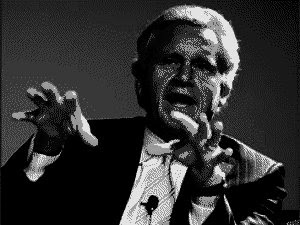 Occupy Wall Street protesters took a field trip from Zuccotti Park on Saturday morning, all the way to the wealthy suburban enclave of New Canaan, Conn., where they took their anger at income and tax disparity to GE CEO Jeff Immelt’s front lawn.

“In the land of the free they tax me but not G.E.!” read the invitation to protesters to take an hour bus ride to Immelt’s family home. “General Electric made billions last year; they paid no taxes, outsourced thousands of jobs, and got over $3 billion in tax refunds! Join us on a free bus trip to G.E’s CEO’s front lawn to see how our friends in the 1% live.”

GE's CEO is one of President Obama's biggest supporters and the current poster-child for crony capitalism. From Chevy Volts, to Obamacare, to selling critical aircraft technologies to Red China, Immelt's been at the heart of it all.

Oh. And Immelt "actually came out in support of the Occupy Wall Street movement last week at a Thomson Reuters event in New York."

I love the smell of blue-on-blue napalm in the morning (or evening, in this case).

Could we be so lucky that the protestors show up in front Mika and Joes' abodes next?

First sensible thing these drones have done yet.