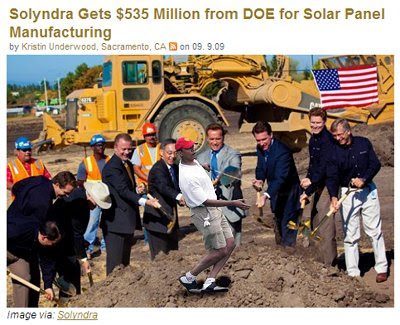 White House Counsel Kathryn Ruemmler told House Energy and Commerce Committee leaders that they should still be happy with the trove of Solyndra-related documents they’re getting from federal agencies including DOE, the Treasury Department and the Office of Management and Budget.

...[House Republicans had] asked for the internal White House communications earlier this month as part of their probe into Solyndra's $535 million federal loan guarantee and the company’s subsequent financial collapse.

"My Administration is committed to creating an unprecedented level of openness in Government. We will work together to ensure the public trust and establish a system of transparency, public participation, and collaboration.

Openness will strengthen our democracy and promote efficiency and effectiveness in Government."

From the White House web site.