Perfect: Obama DOJ wants to respond to Freedom of Information requests as if certain records "do not exist"

Say, this sounds a bit -- how you say? -- Orwellian? But don't trust me. I'm just a run-of-the-mill centrist blogger. Let's pop on over to London's Telegraph:

President Barack Obama has been accused of breaking his promise to make the US government transparent, after it emerged public bodies may soon be allowed to lie about what records they hold.

Mr Obama's justice department has proposed that if documents requested by the public are exempt from freedom of information laws, federal agencies should be able to "respond to the request as if the excluded records did not exist." 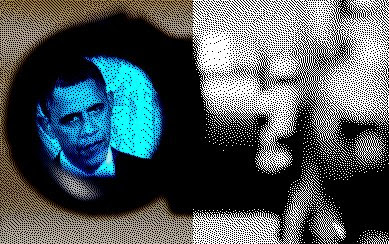 Transparency campaigners described the move as a "stunning" reversal of Mr Obama's pledge to run "the most transparent administration in history" during his campaign for the presidency.

In a joint statement, the American Civil Liberties Union, Citizens for Responsibility and Ethics in Washington, and OpenTheGovernment.org said the plan threatens to "destroy integrity in government".

"It is very problematic," said Patrice McDermott, the director of OpenTheGovernment.org. "There are options open to them other than this nuclear option of lying to requesters".

The plan is the latest in a string of controversial moves by Mr Obama, who earlier this year even insisted on collecting an award for his commitment to transparency behind closed doors at the White House...

...Mr Obama also promised to release logs of visitors to the White House. Yet only one per cent of meetings have been listed and officials reportedly hold meetings in nearby coffee shops to deliberately avoid being subject to official logs.

"The administration has an official commitment to transparency, but it has been very disappointing," said Ms McDermott. "There is widespread distress among openness and civil liberties campaigners."

Gee. This is as surprising as the fact that unemployment didn't drop after the Stimulus package passed. Or that health care premiums didn't go down by an average of $2,500 a year after Obamacare was rammed through.

And all of the other failed promises/predictions made by the charismatic demagogue that the drones voted into office in 2008.