Gaddafi stashed as much as $200 billion outside Libya. Jeremiah Wright and Louis Farrakhan hardest hit. 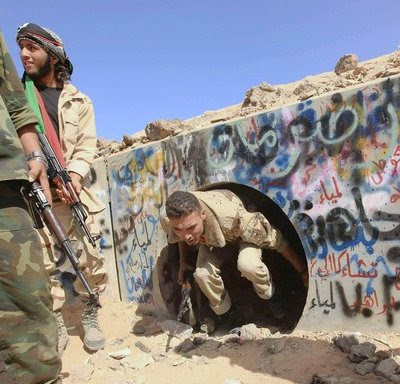 Moammar Kadafi secretly salted away more than $200 billion in bank accounts, real estate and corporate investments around the world before he was killed, about $30,000 for every Libyan citizen and double the amount that Western governments previously had suspected, according to senior Libyan officials.

The new estimates of the deposed dictator's hidden cash, gold reserves and investments are "staggering," one person who has studied detailed records of the asset search said Friday. "No one truly appreciated the scope of it."

Kadafi's death after he was captured Thursday outside his birthplace, the coastal town of Surt, not only all but ended the armed uprising that erupted in February. Revelation of the stunning size of the portfolio may stir anger among Libya's 6.5 million people — about one-third of whom live in poverty.

After all, Wright and his spiritual mentor -- Louis Farrakhan -- visited Gaddafi in 1984.

aww, there goes another source of campaign funding for obama, what a shame!

What a joke the mainstreamedia total bs youre
Out to justify the governmet lies and youll make up anyrhing. Ler me guess he was behind 911 and he was funding the taliban too etc bs total bs
THE NEW WORLD Criminals