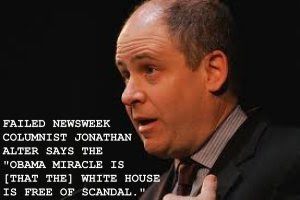 Trying to keep track of all of the government-authorized theft of taxpayer dollars in the name of "green energy"? I know: it's difficult, given that new disclosures seem to occur daily.

For that reason, I've assembled a running cheat sheet to help keep all of the Democrat politicians, the crony capitalists, the conflicts-of-interest, and the outright criminality straight. I know, I know -- it's a difficult job, but someone's got to do it.

• James Johnson, erstwhile Fannie Mae chairman during the height of its subprime lending, was a bundler for Obama in 2008 and is listed as raising as much as $500,000 for the 2012 race
• Johnson also heads Washington-based Perseus Group
• Johnson's Perseus investments include the Vehicle Production Group, which received $50 million in "clean energy" loans

• Patrick Murphy, a confidant of Harry Reid, was paid at least $290,000 by "clean energy" company SunPower
• Murphy wasn't the only beneficiary; SunPower's political action committee also gave more than $16K to Democrat Congressional candidates in 2010
• The son of Rep. George Miller (D-CA) is SunPower's top lobbyist and Miller visited SunPower last October with Interior Secretary Ken Salazar
• Miller and Murphy appear to have helped SunPower get $1.2 billion in loan guarantees from the DOE

• Harry Reid, according to The New York Times, "was instrumental in securing" DOE financing for "clean energy projects on government-owned land"
• Reid, in particular, helped secure $145 million for a company called "Nevada Geothermal Power"
• Reid has not publicly commented on a recent audit by Deloitte & Touche that expressed doubt that the company would survive
• Reid also hasn't called for investigations of where the taxpayers' money went; he's apparently too busy

• Billionaire George Kaiser raised at least $50,000 for Barack Obama's 2008 presidential campaign.
• Kaiser's company, Solyndra, received a $535 million loan guarantee from DOE.
• Kaiser's company received the loan before DOE received final copies of outside reviews of the deal.
• Kaiser is also listed as a board adviser with SolarReserve, the Pelosi-linked firm that received a a $737 million DOE loan last week

• Steve Westly raised $500,000 for Barack Obama's 2008 presidential campaign.
• Westly then became one of Energy Secretary Steven Chu's key advisers.
• Westly was an investor in five firms that received half a billion dollars in energy grants and loans from DOE.

Call it "Crony Marxism", call it outright theft, call it an egregious breach of trust. It's the inevitable result of government tampering in areas forbidden to it by the Constitution.

And please consider: if the Climatards are willing to waste billions enriching themselves in the name of green energy, they really can't take the global warming scam seriously.

In other words, the green tech movement no more believes in global warming than you or I.

And, once again, where's the special prosecutor?

Cronyism and corruption are running rampant in our government and this is just the tip of the iceberg.

Consider this recent case in Texas where the judge appointed a "trustee" over a Dallas business owner. The business owner was involved in a civil dispute and paid millions of dollars to lawyers, and when he objected to their fees, they had a “friendly” judge seize all of his property, without any notice or hearing, and essentially ordered him to be an involuntary servant to the lawyers. The business owner has been under this "servant" order for 10 months and is prohibited from owning any possessions, prohibited from working, etc...

http://www.lawinjustice.com has details about this disturbing case.

Nice summary, Doug. But there is so much corruption in these green grants from the government, I'm afraid you'll have to update your summary weekly, if not daily, as fresh news arrives.

I simply call it incestuous despoliation.

These green projects have a very brown smell.

Excellent public service, though I prefer the term "Crony Socialism." Suggest as you update it, you e-mail the link to as many national conservative pundits as you can for their use. I will link to this from my Old Jarhead blog


Robert A. Hall
Author: The Coming Collapse of the American Republic
(All royalties go to a charity to help wounded veterans)
For a free PDF of the book, write tartanmarine(at)gmail.com

Why limit it to the Democrats? Here is a long list of Republicans with their hands in the green energy cookie jar. Just try to be a LITTLE objective.