Too Good to Check: Parade Floats From the Dusseldorf Carnival [Papa B]

These floats were part of the annual Carnival Parade in Germany watched by an estimated three million people. With our liberal press, it is interesting to see that German citizens seem to learn more truth about the U.S. political system and environment than the majority of citizens on the streets of America. 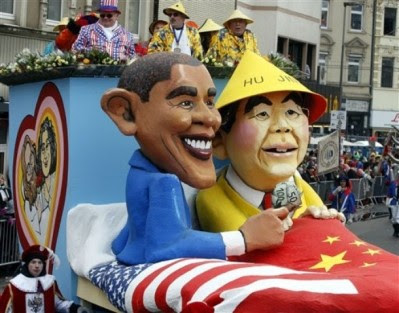 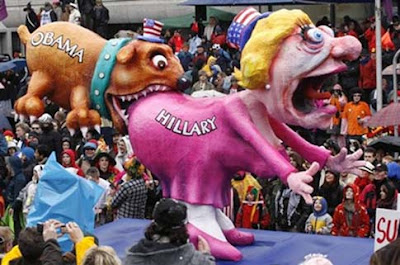 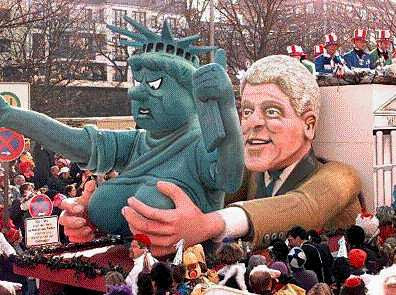 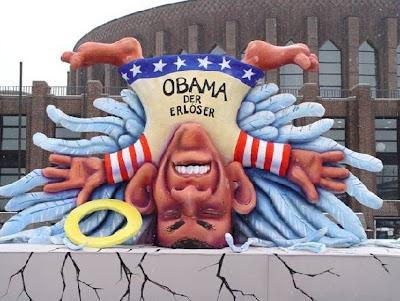 It's not just folks overseas.

Even the Associated Press is reporting the uncomfortable truth: "Many Obama donors in 2008 race are a no-show" [sic].

EXCELLENT! PEOPLE HERE R ASLEEP AS IN THE DOWN FALL OF ROME, AND THE RISE OF HITLER. THANK GOD FOR FREEDOM OF SPEECH AND SOME OF US PICKING UP THE TORCH OF WINSTON CHURCHILL MY COUSIN. GENERAL GEORGE S. PATTON (ANOTHER COUSIN) WOULD BE ANOTHER PERSONS DRIVE TO ASPIRE TO HAVE TO POLITICALLY BEAT BACK THE LEFT. PLEASE PLEASE KEEP THIS MESSAGE OUT HERE, SO ALL OF US CAN SEE YOUR ARTICLE AND PHOTOS.