Welcome to the New Middle East, or What I Like to Call "The Obama Caliphate"

Perhaps some Democrat foreign policy expert -- if there is such a thing -- can explain "The Obama Doctrine" to me. Let's review, shall we? 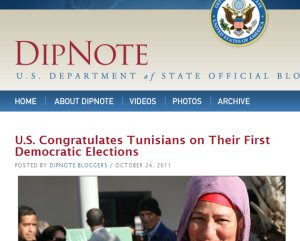 • Egypt - once the peaceful ally of both Israel and the United States, the overthrow of President Mubarak was quickly and publicly supported by President Obama. In Mubarak's place, a hard-core Islamist leadership has arisen under the direction of the feared Muslim Brotherhood. The country's downtrodden Coptic Christian community is also being systematically eliminated, the hallmark of religous governments in majority Islamic countries. 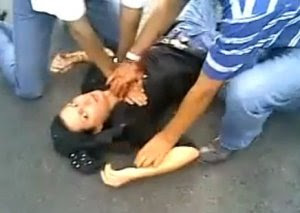 • Syria - a similar anti-government rebellion in Syria was curiously ignored by the administration, leading to the slaughter of at least 3,000 civilians by Iran's puppet dictator Bashar al-Assad.

• Iran - Likewise, a liberal, democratic revolt in Iran against the country's extremist leaders -- the so-called "Green Revolution" -- was brutally repressed with nary a word from President Obama. The country's thinly veiled pursuit of nuclear warheads therefore continues apace.

• Iraq - is slated for abandonment by the end of the year to the tender mercies of Iran's Mullahs (coincidentally, just in time for the 2012 campaign)

• Israel - our most steadfast ally in the entire world was told in no uncertain terms by President Obama to unilaterally withdraw to its 1967 borders, otherwise known as the "Holocaust lines".

We are witnessing something historic. But not-in-a-good-way historic. The die has been cast for a new and even more hyper-violent Middle East.

MORE PROOF OBAMA HAS MERELY HELPED EXPAND THE CALIPHATE: LIBYA WILL USE SHARIA LAW
THE NET EFFECT OF OBAMA'S POLICIES HAS BEEN

1. LOSING PAKISTAN TO CHINA,
2. LOSING AFGHANISTAN TO PAKISTAN,
3. LOSING IRAQ TO IRAN -
4. WHILE DITHERING DURING THE REBELLION IN IRAN,
5. LOSING EGYPT BY AIDING THE MUSLIM BROTHERHOOD,
6. (YES: OBAMA AIDED THE MB!)
7. (HIS ALLIES HELPED THE MB, TOO!)
8. AND LOSING LIBYA TO SHARIA LAW AND AL QAEDA.
9. WHILE CARRYING WATER FOR FATAH
10. WHILE TURKEY BECOMES MORE AND MORE OPENLY HOSTILE TO ISRAEL
11. WHILE DOING NOTHING TO AID THE DEMOCRACY MOVEMENT IN SYRIA

IT MATTERS NOT IF THIS IS BECAUSE BARACK HUSSEIN IS A CRYPTO-MUSLIM WHO IS AIDING THE CALIPHATE BY STEALTH-BY DESIGN, OR IF HE IS MERELY AN APPEASING LEFTIST WHO DID THIS BY INCOMPETENCE.

THE RESULTS ARE WHAT THEY ARE: THE WEST IS DECLINING AND THE CALIPHATE IS GAINING.

THANKS BARACK HUSSEIN!
Posted by Reliapundit at 1:07 PM

I have decided, that if Romney is nominated, I will sit out the election and deny my vote to all of the Republican candidates I would be able to vote for.

HI JUST THINKING. WHY NOT JUST VOTE FOR OBAMA TO SEND THE GOP MESSAGE?

Romney's a half-useless RINO, but he's not a Marxist ideologue bent on destruction of our society.

Fight for a conservative in the primary. But if Romney (heaven forbid) happens to win, swallow hard and vote for him.

Because the alternative -- four more years of Obama -- our kids and grandkids will never recover from.

HI DOUG. TIME TO ADD YEMEN TO THE LIST. SIGH...

if I were religous, and I'm not (grew up in born-again household and that took it all out of me) - I would consider Obama to be the Anti-Christ.

setting men against men. dividing nations, ginning up hatred everywhere he treads, not just here in the greatest nation in human history which he hates, but everywhere around the world he is at work setting fire to humanity.

I don't have to be religious to call him The Beast.

More sharia than you can shake a stick at! Thanks, Barry.

Even more great minds who are thinking alike:

And see the map this guy includes with his article. (All across North Africa; the entire Arabian Peninsula; then Iran, Afghanistan, and Pakistan to the east. A big-big-big bunch of peaceful tolerant Muslim countries all in a row.) Now THAT's scary!

Meanwhile, I learned on Jeopardy the other night that "fatwa" is merely a "legal opinion or directive". That's all. Just an opinion. Okay, not just an opinion, but a "legal" one. Man, I love liberals.

Obama is also involved with the ivory coast takeover, and deaths of Christins there and Kenya and deaths of Christians there and now Uganda, specifically to kill Christian there...Meanwhile he condones Sudan muslims that continue killing millions of Christians..He is also the head of the occupy wall street serpent that might become very dangerous...
I am ashamed that the USA is involved ...Obama is evil with a toothful smile and a promise of hope while his friends chop off your head..He is the savior of Islam...

Quoted from and Linked to at:
Grave New World