#OWS "just like the Tea Party" (except for the riots, cop-killer worship, and battles with law enforcement) 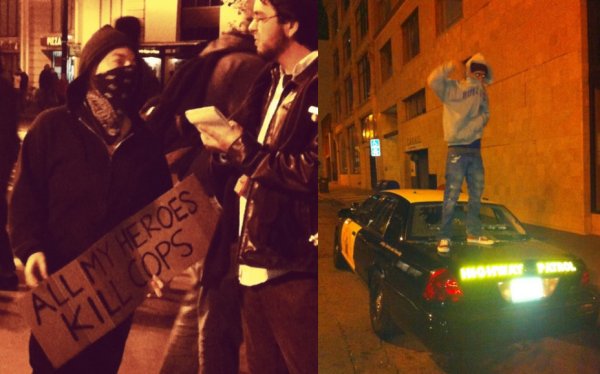 That is, if the Tea Party routinely battled cops, destroyed private property, defecated and had sex in public, and falsely accused law enforcement of malfeasance. 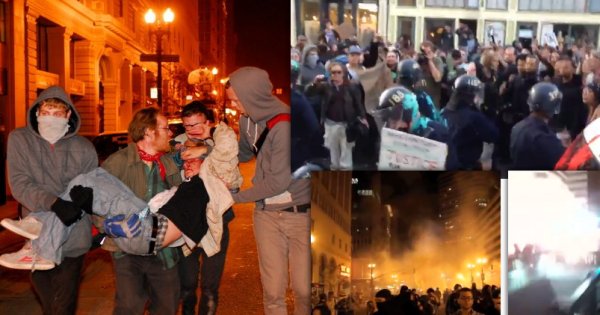 Oh, and if the Tea Party staged riots and espoused antisemitism and hatred of certain segments of American society.

Oh, and if the Tea Party's leaders included a fat, thuggish, oaf-like Marxist who despises the police. 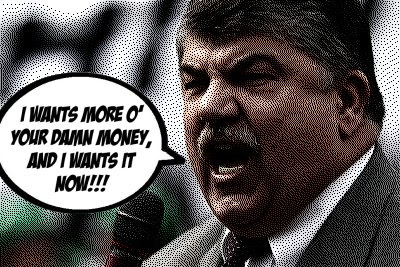 Protestors at an Occupy Oakland demonstration clashed with police Wednesday as did protestors in Atlanta. More than 100 people were arrested in Oakland and 53 in Atlanta.

“The Occupy Wall Street movement has elevated the national conversation by shining overdue attention on the struggles of the 99% for whom the economy is broken,” Trumka said in a statement. “When people can’t raise their voices around pervasive inequality, there is a fundamental problem with how we’re functioning as a nation.”

Yes, these are "peaceful riots." Kinda like the "Moderate Islamists" that have quietly assumed control of the Obama Caliphate.

Dude. You're fucking INSANE. Seriously, get on some fucking meds.

Dude! You have the talent to see the truth! Amazing

Doug: you forgot to mention that they are just like the Tea Party except for the mounds of garbage and human waste left behind for others to clean up.

This Halloween Someone is going to make a bundle on OWS costumes.

How many gun toting “Liberals” did you see in that "Occupy Wall Street"crowd?bylpersc

I suggest the OWS demonstrators take a red brick with them, to every event. Better yet, break it in two, that will give you 2 shots at the bastards!

It is amazing that the libtards have even tried to make a comparison. Why would they want to compare a movement they are promoting with the racist, homophobic, bigoted, violent extremist southern rednecks of the tea party? Yea, that's right-- because they know they were lying about the tea party and tried to discredit it any way they could. Now we know they are shaking in their boots over the tea party and are trying hard to pump up OWS as the left's tea party but we see right through it.

All this stuff about the rich. Since you can define “rich” as people that have a better standard of living, own property and have privileges that most don’t. A socialized communist system is supposed to make things
fair to all. Of course it never has, the party members and political leaders get all the perks of the “rich”.
The common people get the leftovers, with little chance of improving their situation.
Now look at what’s happening here. Union leaders, government workers, many Congress members and insiders are on the way to becoming the “rich” while simultaneously trying to destroy the capitalistic system. The system that gives the common man, though his own work and abilities, a chance to improve his situation and possibly become rich.